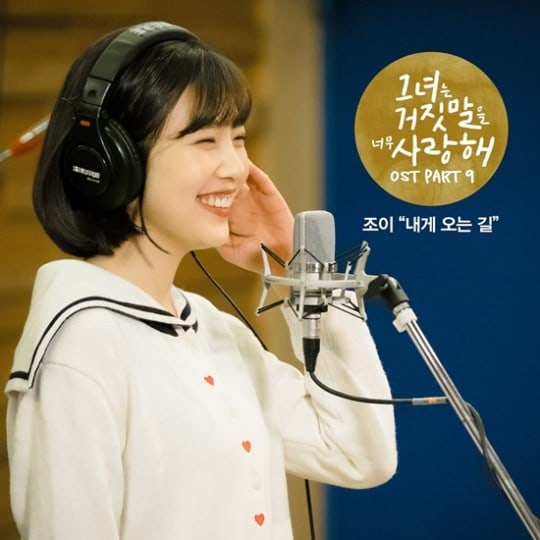 Red Velvet’s Joy will be performing the last OST of tvN’s Monday-Tuesday drama “The Liar and His Lover.”

“The Road to Me” is a popular song that was released by Sung Si Kyung in 2001. Joy put her own spin on the song with her clear voice, and her rendition was loved by viewers as it was the song that So Rim (played by Joy) performed for her audition in episode 3 that made Chan Young (played by Lee Seo Won) fall in love with her.

“The Liar and His Lover” has decided to release Joy’s rendition of “The Road to Me” as a special gift to repay viewers for their love and support. A video of her performance has already been uploaded on NaverTV and the drama has been flooded with requests for the official audio of the song.

The song will be rearranged by composer Lee Sang Hoon, who has been in charge of the soundtrack of the drama. Joy has not only proven herself as an actress with her sweet and bubbly charm, she also sung six out of the 11 tracks on the OST album, helping fans become more engaged in the drama.

Red Velvet
Joy
Sung Si Kyung
The Liar and His Lover
How does this article make you feel?