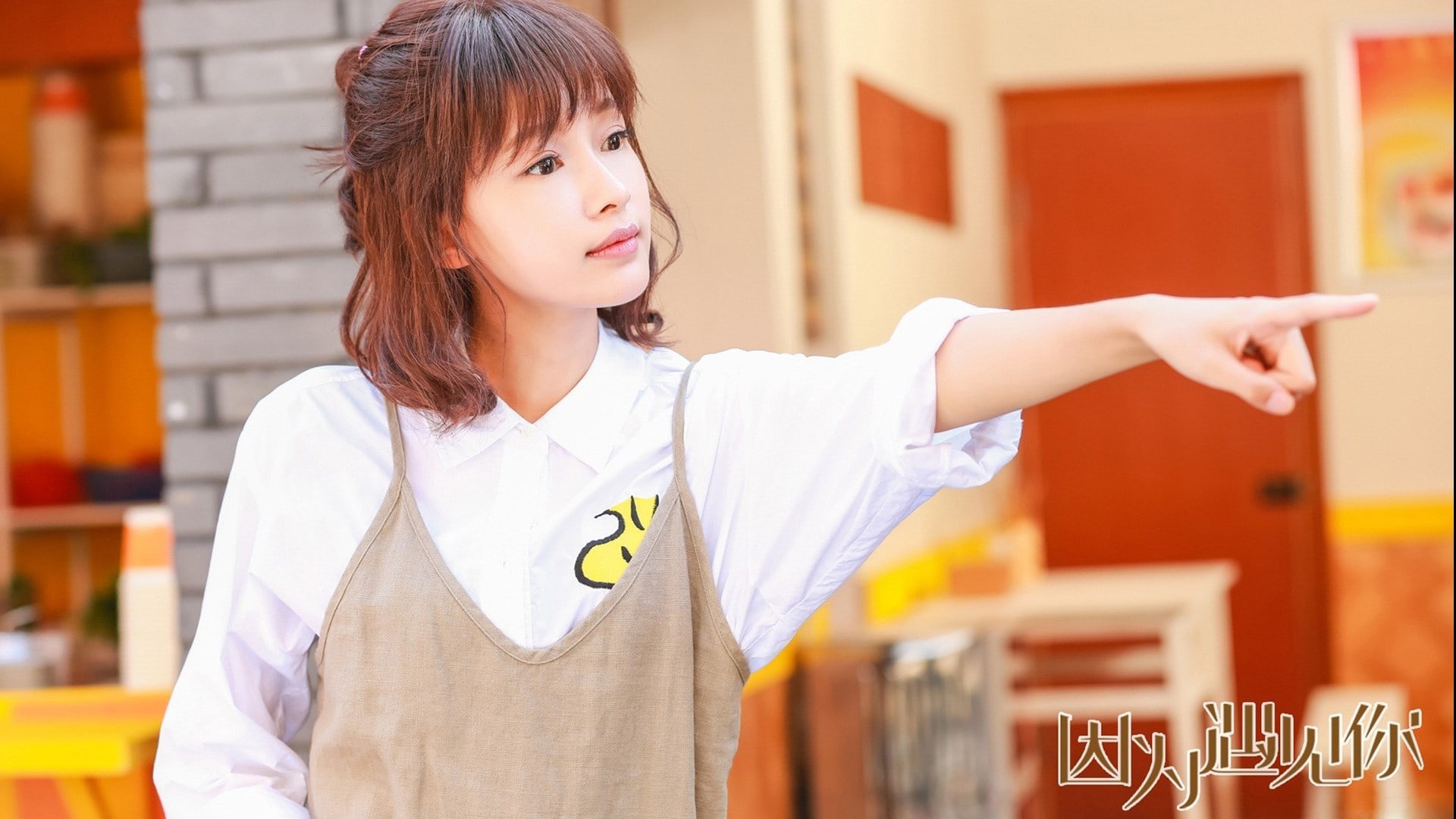 3 Reasons To Watch The C-Drama “Because Of Meeting You”

While the name “Because of Meeting You” doesn’t exactly inspire the urge to binge-watch, a closer look at the synopsis revealed an interesting theme — embroidery. This TV series is a remake of the 2014 Korean drama “Jang Bo Ri Is Here,” but fans say the Chinese version is even better than the Korean original.

“Because of Meeting You” is a 2017 Chinese romance drama about two women who grow up with embroidery as the focal point of their lives. However, one leads the live the other should have had. Destiny brings the two together as professional rivals as they fight to become the Master Embroideress at Golden Threads House, a prominent embroidery atelier.

Guo Guo (Sun Yi), the real granddaughter of the Master Embroideress, lost her memory after a car accident when she was little, but she was saved by the driver, who then raised her as her younger daughter in a wonton shop. 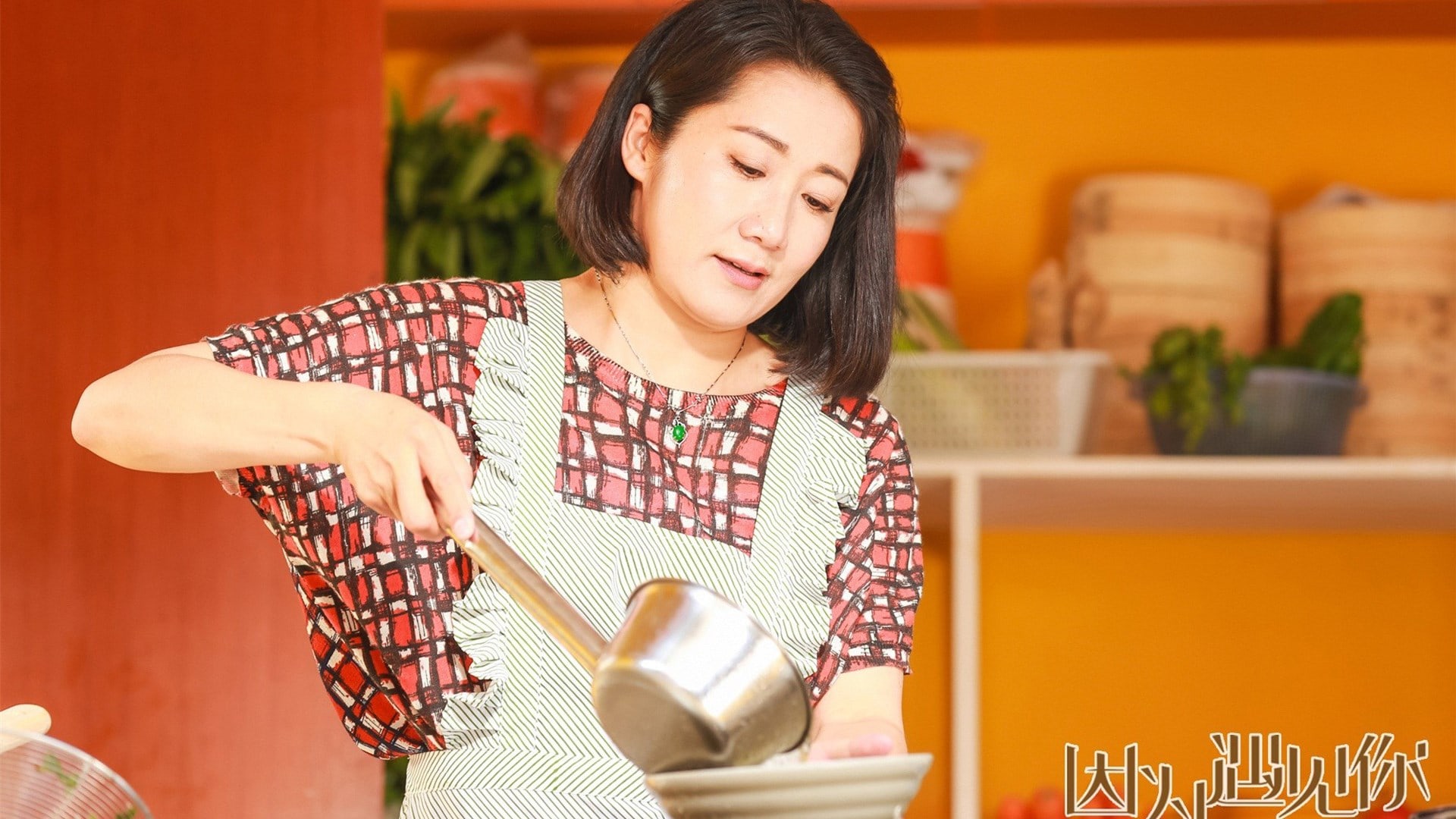 To search for their lost child, Guo Guo’s parents hosted a drawing competition. But the jealous and conniving the older sister Yu Xin (Wu You) posed Guo Guo’s drawing as her own at the competition. Surprised by the painting, Guo Guo’s biological mother takes Yu Xin under her wing and begins teaching her fashion design and embroidery. Yu Xin trains diligently as an apprentice with the hopes of one day taking over Golden Threads House. 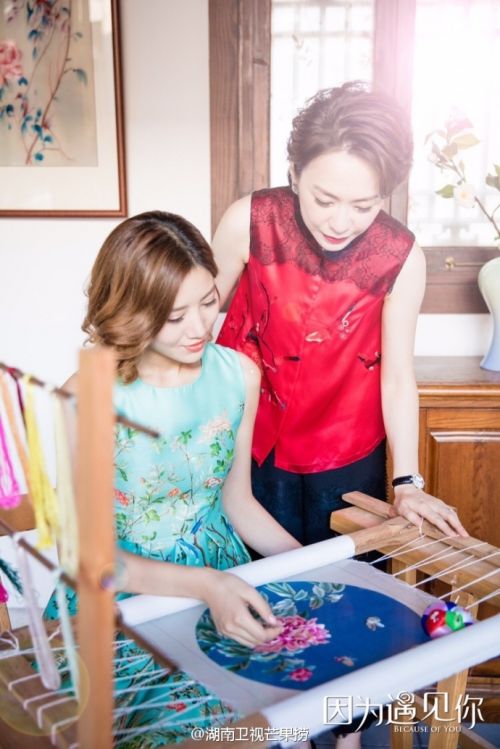 Meanwhile, Guo Guo stumbles into a hidden embroidery master while making wonton deliveries. Unable to deny what flows through her veins, Guo Guo’s talent with embroidery begins to surface. As she advances to the final round of an important embroidery competition, her presence threatens everything Yu Xin has worked so hard for. 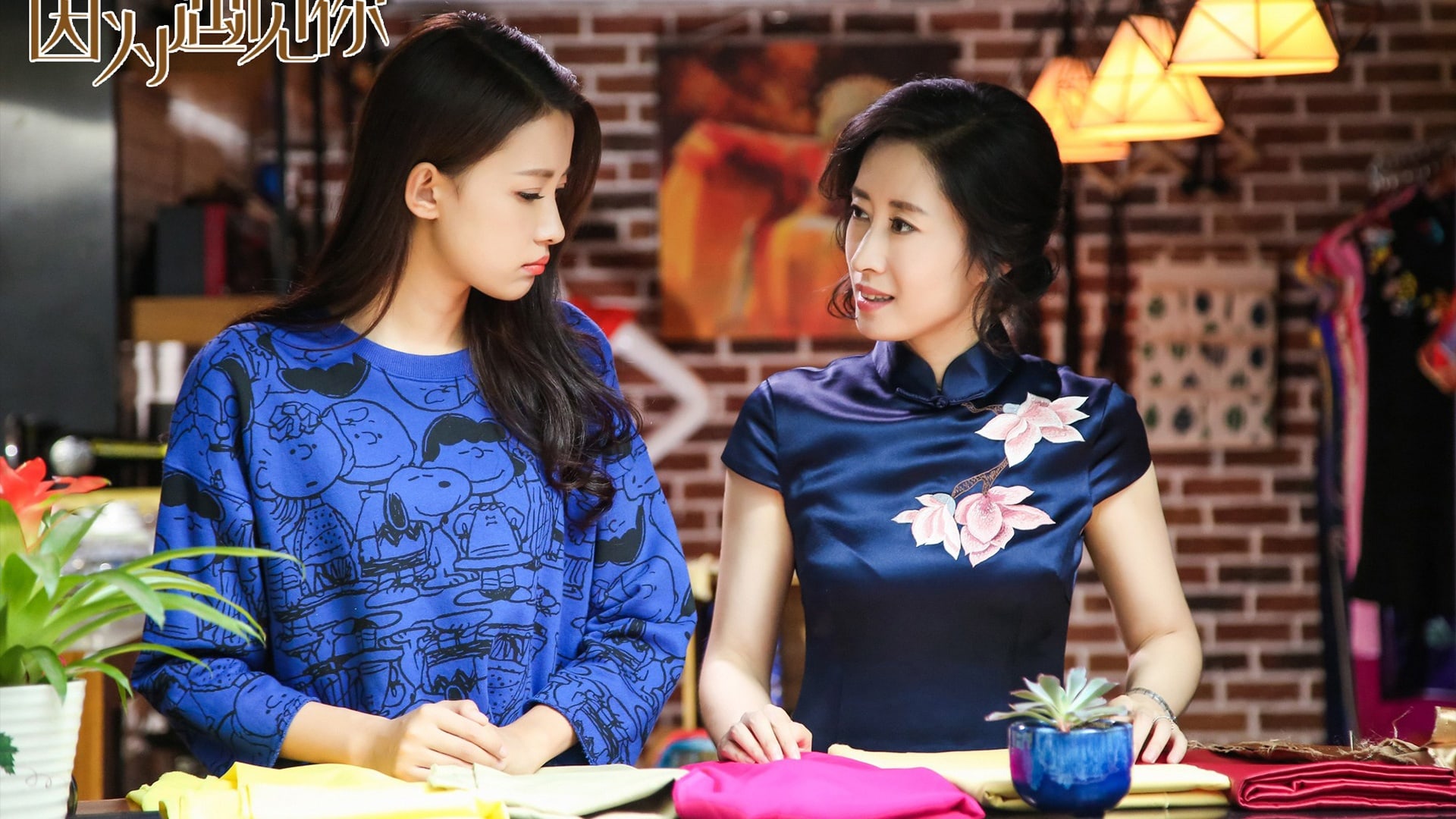 Shortly before “Because of Meeting You” came out, Chinese fashion designer Lan Yu showcased a stunning collection of blossoming magnolias on the runway at New York Fashion Week. This East-meets-West, modern yet elegant display of oriental romanticism left quite an impression on me. It turns out, Lan Yu comes from an embroidery family herself. Reading this, my mind immediately formed an ethereal image of a girl in the water town of Su Zhou, bred in a long lineage of embroidery masters, sewing by the lake. I remember thinking what a great backdrop for a TV series this would be. And poof, like magic, “Because of Meeting You” came out. Inspired by Lan Yu or not, this series deserves a better look. 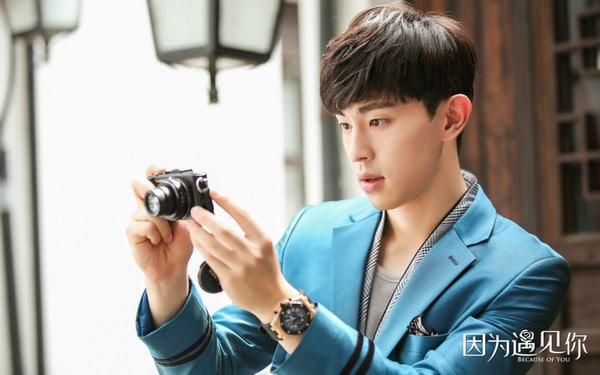 While the reversal-of-identities storyline is nothing mind-blowing, there are lots of elements that make the show a fun watch. For example, the ridiculously-good-looking male lead. Deng Lun is a relatively new face in show business. Having only debuted four years ago, his cinematic trajectory is already soaring at hyper speed. Handsome in a So Ji Sub meets Lee Joon Gi kind of way, he plays a snooty lawyer in “Because of Meeting You.” Impeccably dressed (like a Korean superstar), and towering at 185cm, Deng Lun looks fantastically model-esque in all kinds of outfits. Infuse that mischievous façade with a bad boy’s sense of justice, and you have a romantic hero that’s impossible to resist. “Because of Meeting You” is my first time seeing Deng Lun on screen, but the 24-year-old actor has already been cast in multiple big-budget dramas, namely Bai Lu Yuan, and Season 2 of the 2016 hit Chinese drama “Ode to Joy.” His suave performance in “Because of Meeting You” is a major draw to keep watching. 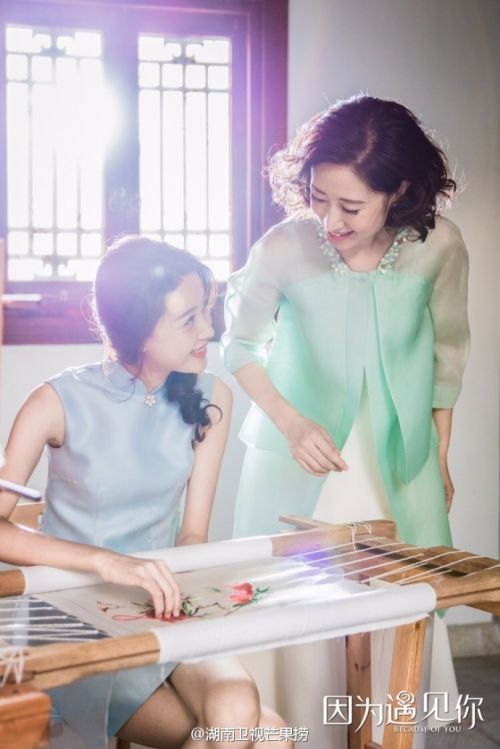 Since it is a romance drama set in a century-old embroidery house, there is no shortage of sewing competitions. And since I’m a sucker for artisan dramas, a la “Feast of the Gods” and “Jewel in the Palace,” I get all amped up for the big reveal of their embroidery masterpieces. To make the show more realistic, the production team studied various techniques of traditional Chinese embroidery: double-sided embroidery, feather embroidery, golden thread embroidery, and infused them into the story. Aside from the extraordinary craftsmanship that goes into the competition pieces alone, the costumes worn by even secondary characters have an otherworldly charm. The sky-colored chiffon clouds, rainbow needlework, and gauzy, shimmery dresses seem to be straight out of a watercolor painting.

The perfect drama to unwind to 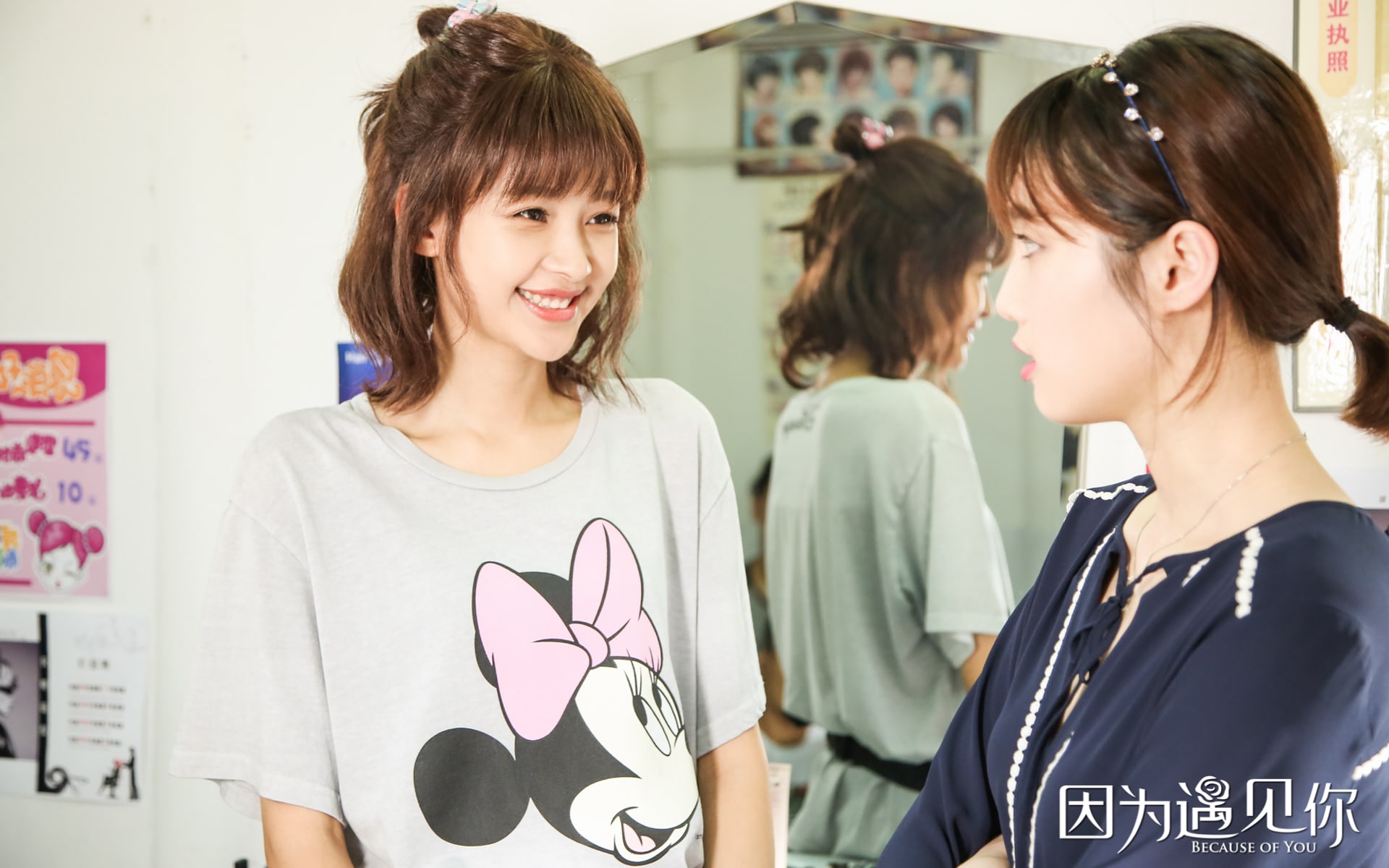 Sometimes after a long day of work or school, you don’t want to watch an intense and depressing thriller to wind up an already anxious day. You just want something bright and cheerful to relax to. That’s when I reach for “Because of Meeting You.” From the cast, the stage set, to the costumes, the show displayed an extremely cohesive aesthetic. Even if spring is now lost in the blistering heat outside, you can at least find spring on the screen. And “Because of Meeting You” is a drama that has captured spring in every frame.

Soompiers, have you been watching “Because of Meeting You?” What do you like about the show?

Soompi Spotlight
Sun Yi
Deng Lun
because of meeting you
How does this article make you feel?