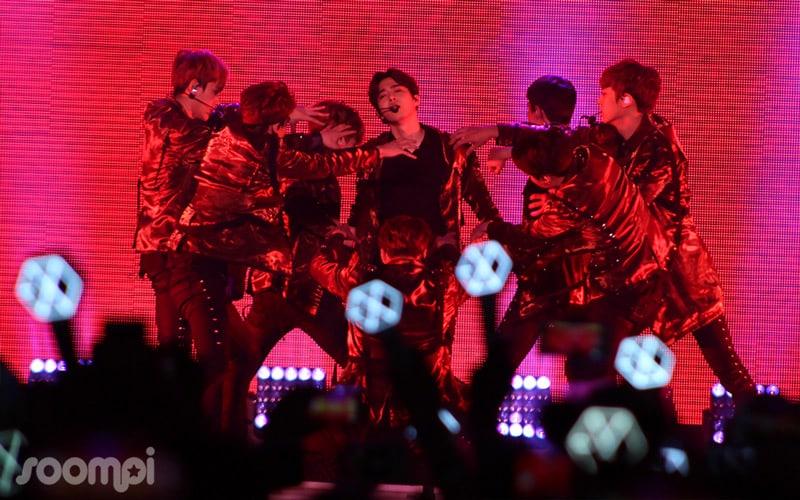 Music
by A. Mills

EXO-L’s were fortunate to have EXO PLANET #3 -The EXO’rdium concert make stops at three locations in North America thanks to My Music Taste. It had been over a year since EXO visited last, and we were going through some serious withdrawal! We caught the tour in Los Angeles at The Forum and the night couldn’t have been more magical! Here are our fave moments. 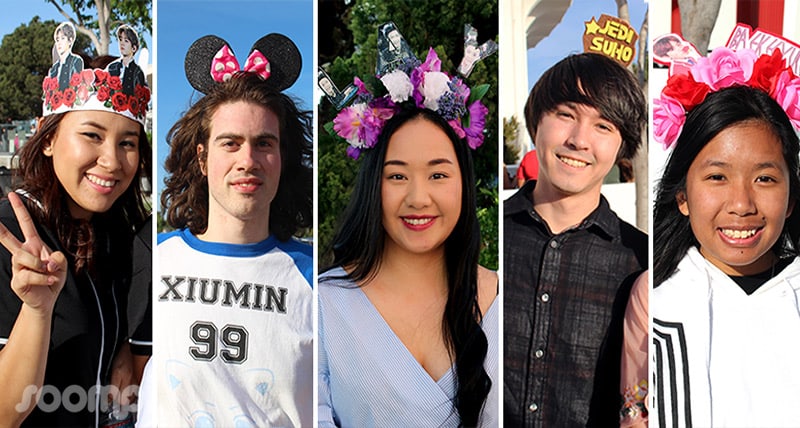 As we walked around the venue before the concert, we couldn’t help but notice all the beautiful fan attire! The most popular items seemed to be floral headbands and mouse ears. (Someone show us how to make these!) Everyone was repping their biases and an overwhelming amount of EXO jerseys filled the space. As soon as we entered the venue, the whole stadium was lit up with EXO lightsticks. It was a great day to be an EXO-L! 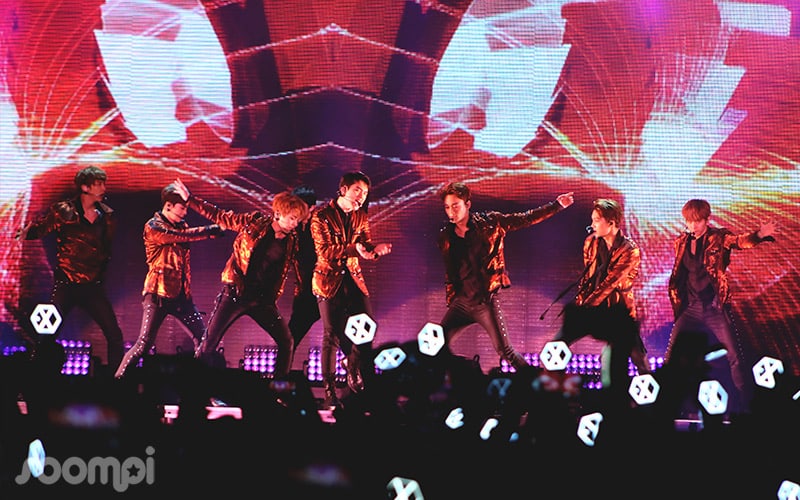 Before EXO came out on stage, we got to watch an amazing video of all the members that hyped up the crowd. An overwhelming amount of energy suddenly burst on stage as the group entered the auditorium. They came at the audience hard, starting the setlist with their song “Mama,” flames, and sharp dance moves! To keep the momentum going, they continued with “Monster” and then “Wolf.” With such a strong opening, we knew that EXO’rdium was going to be epic! 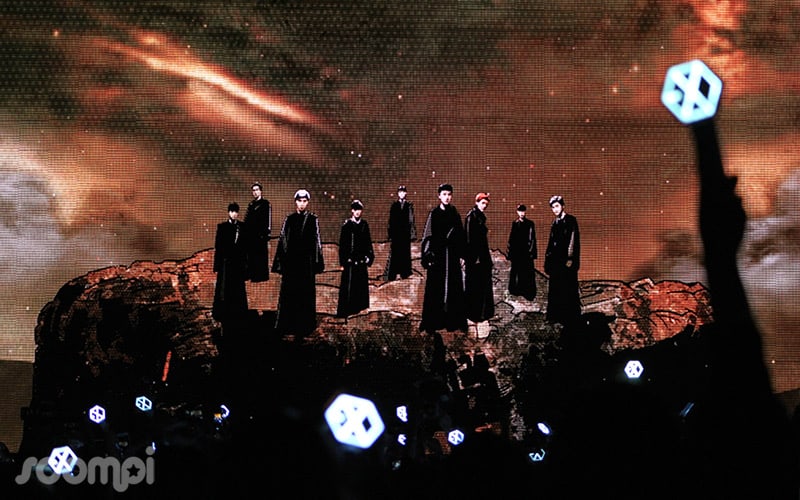 Short videos in between wardrobe changes seem to be a norm these days in K-pop. However, EXO’s stood out more than others by keeping the crowd constantly entertained. We went through so many emotions throughout the show. There was drama, suspense, magic, and tons of cuteness. Our favorite videos were the ones that made us feel like we were hanging out with EXO. They grabbed our hands, we played video games, watched movies, and even had a dance party! These videos were definitely a great substitution for the absence of EXO on stage.

EXO had the crowd screaming when they brought out canes for a more sensual and mature dance. As if we weren’t excited enough, a Kai blindfolded solo followed. We could wax on forever about this, but videos are better than words.

From an acoustic segment, to remixes, to hip hop. This setlist was totally unexpected and AMAZING! The first big surprise was when Chanyeol pulled out his acoustic guitar and all of EXO sang a beautiful melody of so many great songs like, “My Lady,” “Call Me Baby,” and “Lady Luck.” There were also special treats like “Lightsaber,” “Transformer,” and “Angel.”

Electric Guitar, Heavy Bass & and the most lit dance party!

Our favorite part of the show was the dance party probably because we had no idea it was coming! Baekhyun introduced this segment perfectly: “Whether you guys dance a little goofy or a little erotic, it doesn’t matter. I want you to dance naturally, like you’re home alone dancing to your favorite tunes.” The audience was then prepped to sing along with the chorus for the next song. That’s when Chanyeol came out and started rapping and then Xiumin and Sehun followed. They rapped ‘Gachi Gachi’ and the crowd sang along. Just when you thought it couldn’t get any better, Chanyeol pulled out an electric guitar and DJed for the rest of the segment. This included a whole bunch of songs and the whole room became the biggest dance floor we’ve ever seen! 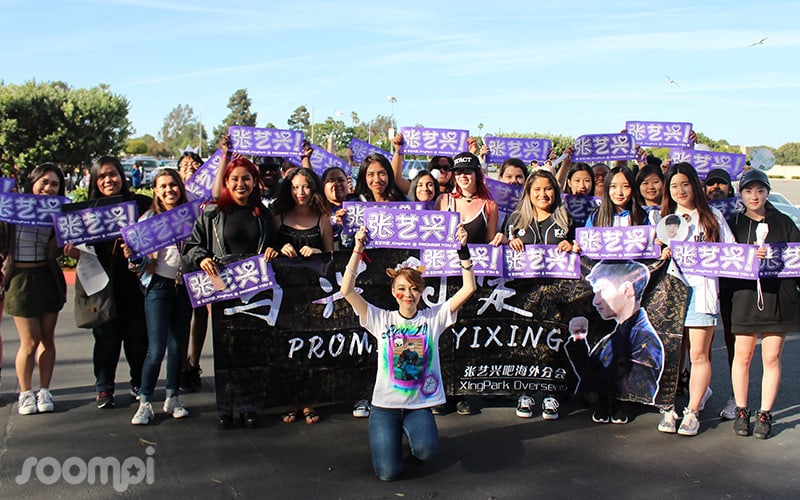 Although Lay could not make the concert, EXO-Ls wanted to still show him their love. Fanclubs had huge meet ups and Lay-themed attire. Also, when Lay came on all the video recordings, the screams were arguably the loudest!

Suho said “LA is my favorite place in the world except for my home, South Korea. The energy here even seems stronger than last year. I love LaLaLand.” As Suho says this, D.O. breaks out into song and Chen tells us that D.O. practices the soundtrack on piano everyday and that he will perform for EXO-L’s one day! Suho was doing choreography from the film as all of this went on giving fans a very special experience. Then they moved on the conversation to In-n-Out advising that all fans should eat hamburgers! It was seriously a treat for fans!

Were you at the show? What were your favorite moments?

Check out what fans had to say at the Newark stop of the show below:

A special thank you to My Music Taste for inviting us to cover the show!