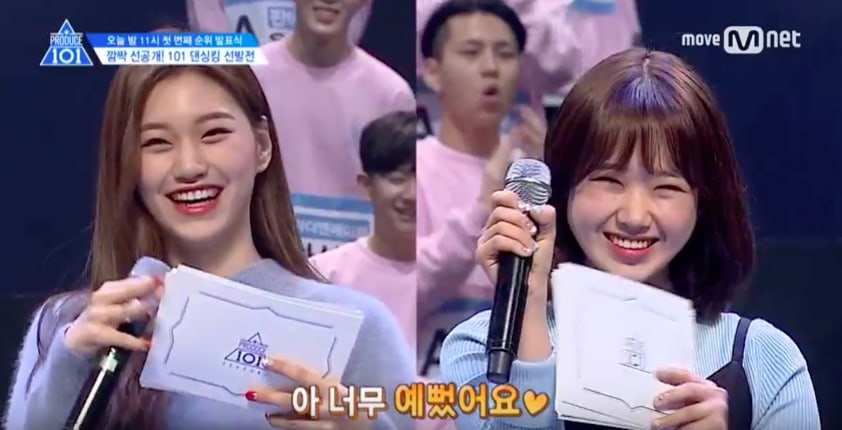 The “Produce 101 Season 2” trainees had another chance to show off their talents – this time in front of the stars from the first season of “Produce 101”!

However, to everyone’s surprise, former I.O.I members Kim Doyeon and Choi Yoojung appeared as the song “Pick Me” started playing. The trainees couldn’t contain their joy as Kim Samuel said, “My smile was so wide. They are so pretty.”

Choi Yoojung started off the dance battle by dancing to “Bang Bang,” and the rest of the trainees joined in afterwards to try to impress the girls with their dancing.

Choi Yoojung
Kim Doyeon
Produce 101 Season 2
How does this article make you feel?