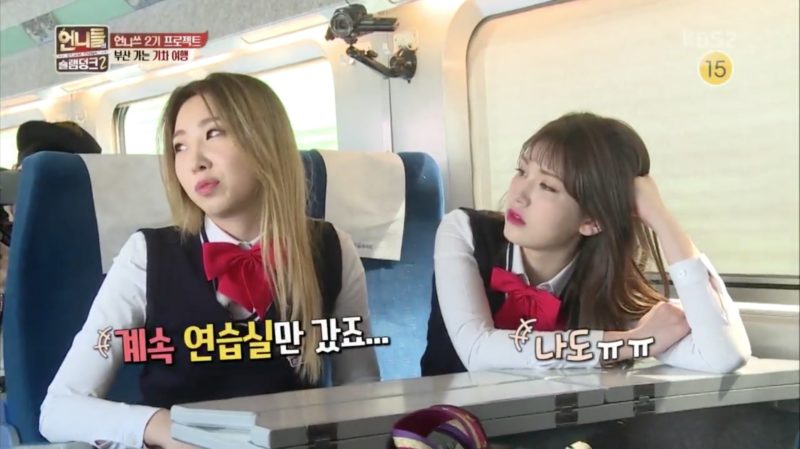 On the May 5 broadcast of “Sister’s Slam Dunk 2,” Gong Minzy opened up about the sacrifices she made to chase her dream.

The cast members transformed into high school students for this episode and boarded a train to go on a special trip while sharing stories from their school days.

As Gong Minzy had been a trainee since age 13, she explained that she never had friends at school because she could never linger, always leaving instead for the practice room. She shared, “I often thought to myself, ‘I want to play with friends too. I want to run around outside and play on the playground together, I want to eat with friends.'” Gong Minzy also opened up about how she had never gone on a school trip before, and how she had no memories from her school days because she had only ever practiced.

In response, fellow member Kang Yewon said, “You have friends,” and gestured at the members on the train. The members promised to gift Gong Minzy with memories on this trip and then decided to all act like they were the same age as Jeon Somi.

It’s heartwarming to see the other members band together to comfort Gong Minzy. Check out the full episode on Viki below to see the memories they made together!

Minzy
Sister's Slam Dunk Season 2
How does this article make you feel?