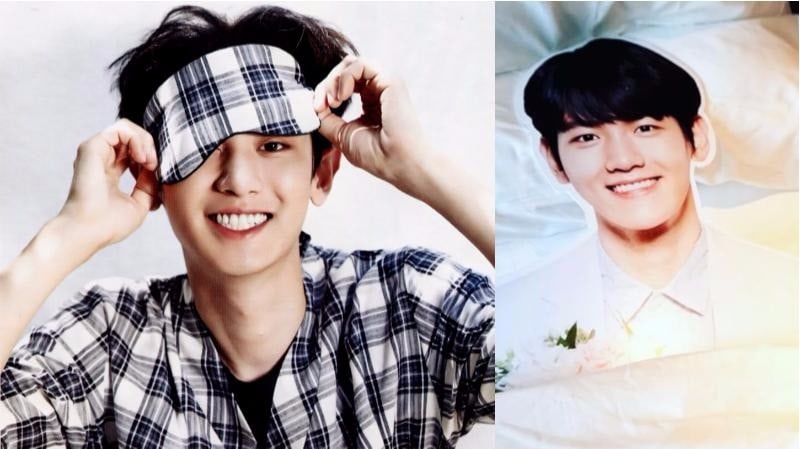 Watch: EXO’s Chanyeol Has Too Much Fun While Wishing Baekhyun Happy Birthday

Leave it to EXO’s Chanyeol to always have amusing birthday posts!

The singer posted an unexpectedly hilarious video on May 6, which happens to be fellow member Baekhyun’s birthday.

In a short video clip, Chanyeol gleefully says, “Happy birthday Baekhyun,” as he pets a Nature Republic cardboard cutout of said EXO member, which he had even tucked into bed.

Baekhyun left an amused comment, and asked, “Aren’t I smiling a little too strongly?”

Chanyeol followed up with another post, saying, “[That post] is the fake one, and this is my real congratulations. Let’s [celebrate] my birthday together also.” It appears that the EXO members and their dancers held a small birthday party for Baekhyun earlier in the day, complete with party hats.

As another EXO member who is active on Instagram, Sehun sneakily sent his own birthday wishes to Baekhyun with a sly comment that said, “Happy birthday,” written phonetically in Korean. He also included an onomatopoeia that references the sound Koreans associate with the heart emoji, in lieu of including an actual heart.

To round out the Instagram posts was none other than Baekhyun himself, who also teased fans in his own way with his unexpected, but definitely not unwanted, photo.

He graciously thanked all the fans for their wishes, fondly calling them Eris, his nickname for EXO-Ls.

Fans around the world also celebrated his birthday in their own special ways, with lots of meaningful donations and much more.

Meanwhile, EXO just wrapped up a performance in Myanmar on May 6, and is set to make history once more when they perform at the main stadium of Olympic Park for their encore concerts on May 27 and 28.

EXO
Sehun
Chanyeol
Baekhyun
How does this article make you feel?