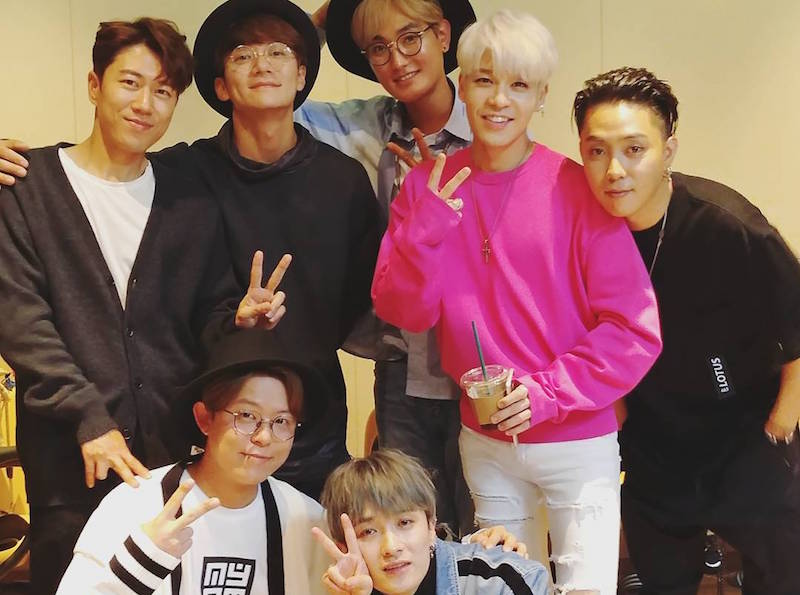 H.OT. And SECHSKIES Members Reminisce About Their Past As Rivals

On May 4, SECHSKIES made a guest appearance on Kangta’s radio show “Kangta’s Starry Night.” The show’s official Instagram account shared a photo of SECHSKIES with H.O.T. members Kangta and Tony Ahn.

SECHSKIES members appeared on the show to promote their latest album, “THE 20TH ANNIVERSARY,” but interestingly enough, it was also their first time in 17 years doing a broadcast with H.O.T. members.

When asked about the differences of promoting together as SECHSKIES now compared to in the past, the members answered it is different now when they see their fans. “In the past when we stood in front of our fans, they took pictures with disposable cameras so you could hear the creaking sound of the film winding up. Now, you just hear ‘click click,’ and the sound of camera shutters going off. It’s like a press conference,” they explained. They shared that the biggest difference, however, was the fan base itself because they now have many fans of a young age. 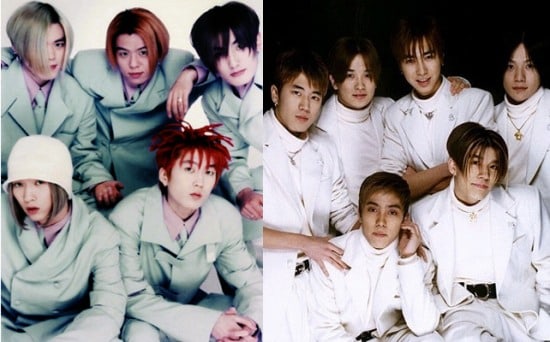 H.O.T. member Tony Ahn, who is the roommate and best friend of SECHSKIES’s Kim Jae Duk, made a surprise appearance on the show as well. Tony Ahn joked that he had simply arrived to take Kim Jae Duk home after the show ended, however, he actually arrived to participate in some of the radio show’s activities.

With Tony Ahn’s arrival, the group of first generation idols could reminisce more deeply on their past memories promoting as H.O.T. and SECHSKIES. A listener asked, “In the past, the different fans of the two idol groups had a strong rivalry amongst themselves, what was it like between the actual groups?” The members of the two groups acknowledged that there was an unspoken tension between them in the past. They shared the comments they used to make that were a play on words of the other group’s name. For instance, the SECHSKIES members would say, “This is hot!” in Korean, joking about H.O.T.’s group name. The two groups also recalled competing for specific dressing rooms at broadcast stations.

Kangta shared, “[SECHSKIES and H.O.T.] were rivals, but we did not want to admit it, so we would say that we were our own rivals.” He continued on, however, to say that although it was like that then, in retrospect it actually was really great that they could be counterparts for one another. The SECHSKIES members responded fondly that their rival today is still H.O.T. Reflecting on past days, Eun Ji Won, the leader of SECHSKIES, said “I don’t know why we were like that [and didn’t get along]. It’s so nice to be together like this now, so it’s sad.”

Meanwhile, SECHSKIES released the music videos for “Sad Song” and “Be Well,” both of which were written and co-composed by labelmate Tablo. The group’s “YELLOW UNIVERSE” exhibition commemorating their comeback and the 20th anniversary of their debut is also ongoing until May 28.

SECHSKIES
H.O.T.
Kangta's Starry Night
How does this article make you feel?