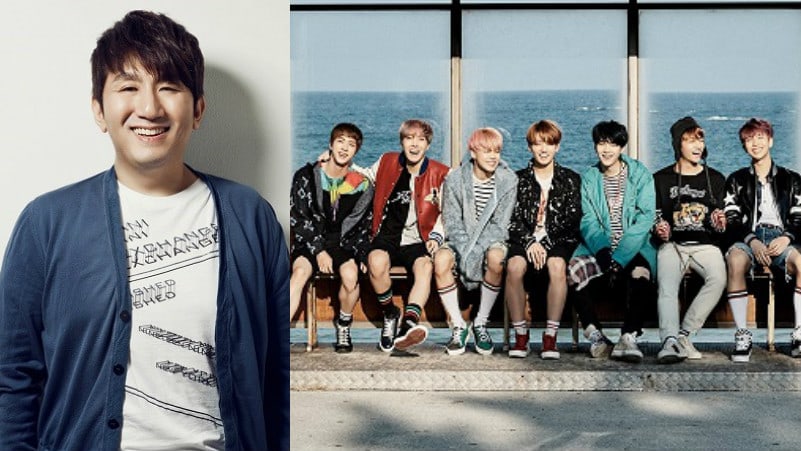 Bang Shi Hyuk, the director of BTS’s agency Big Hit Entertainment, recently sat down for an interview and talked about BTS’s success and vision for the future.

To start off the interview, Bang Shi Hyuk commented on the group’s success and said, “It’s difficult to fathom the amount of love BTS has been receiving.” The director continued, “Due to the fact that BTS is growing at such a fast rate, I have many concerns for the future. However, the top priority for the group is producing better music so they can bring greater joy to fans all over the world.”

When asked what his vision was for BTS at the time he was piecing together the group, Bang Shi Hyuk said, “At first, I wanted to make a hip hop group because of Rap Monster, so I held auditions for this. Through these auditions, I discovered Suga and thought to myself that I want each member to be able to show their story and style through the music they make. Before BTS’s debut, the members and I made a promise. They promised to put in effort to be the best in their assigned positions, and I promised to support them so they can become a top group. I think we were both able to hold up our ends of the deal.

Following this, Bang Shi Hyuk was asked which member was his favorite. He responded, “I picked each member myself and they are all very near and dear to my heart. I love and value each member and I am so proud of all of them.”

Lastly, Bang Shi Hyuk wrapped up the interview and talked about his vision for the future of BTS. He said, “I believe that you have to dream big. When BTS first debuted, we did not know we would come this far. At that time, our goal was to be a good group that doesn’t fall behind when compared to other groups and become a top group in Korea,” and continued, “It was impossible to imagine that BTS would get where they are today, but I am thankful for it. I believe that this is not the end of BTS’s growth, and they will be able continue to become even greater for many years into the future.”