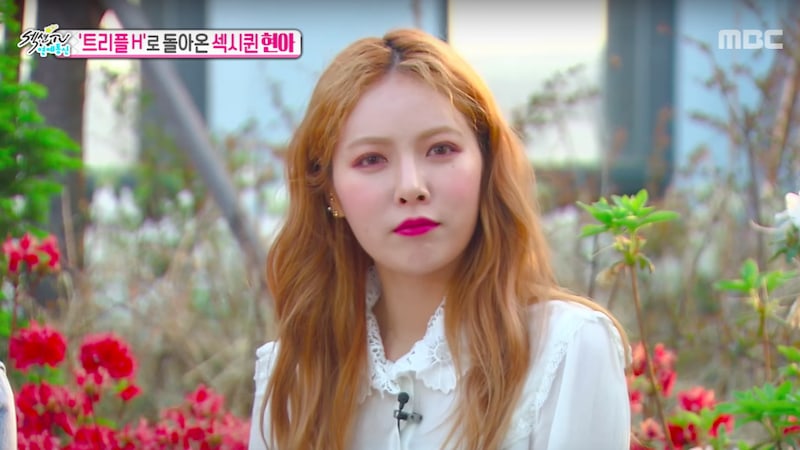 On the May 7 episode of MBC’s “Section TV,” HyunA discussed her thoughts on the controversy over Triple H’s “365 FRESH” music video.

She commented, “It is not possible for everyone to like it. We wanted to avoid what is typically done.” She continued on to reveal, “With youth as the motif, we tried to express instability while being as placid as possible.”

When asked if she wants to act, she responded, “Acting is still awkward for me, and I already act on stage, so I don’t really feel a strong desire to pursue more acting right now.”

Check out a clip from Triple H’s interview below!