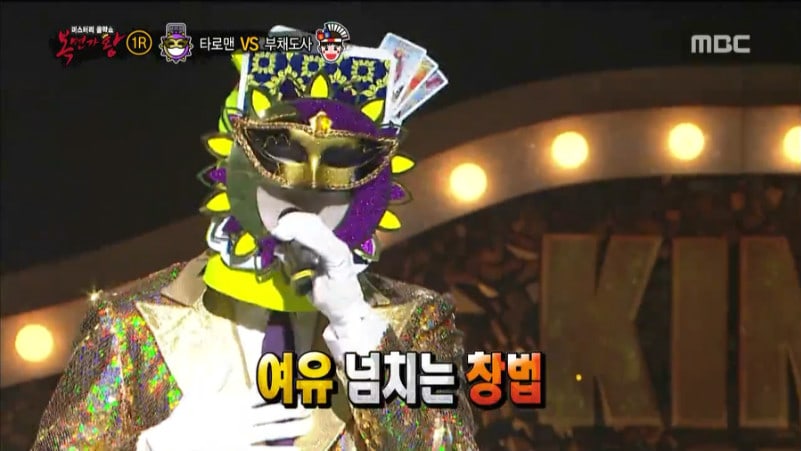 Popular R&B artist who has been singing for 16 years since debut enchanted the audience with his soothing voice and impressive vocal range on “King of Masked Singer.”

On the May 7 episode of MBC’s “King of Masked Singer,” the contestant Tarot Man took the stage once again and sang Lee Seung Chul’s ballad, “Forsythia Flower.”

Members of the audience commented, “Tarot Man proved his vocal ability by singing a difficult song by Lee Seung Chul,” and, “Tarot Man’s voice is so sincere that he doesn’t have to exaggerate or fake the emotions in the song.”

Danny Ahn, who appeared as a guest panelist, also praised Tarot Man and said, “His voice is so great. He is even mesmerizing me, and I’m a dude.”

In the end, Tarot Man’s competitor Bread Addict Kim won the round with the score 68 to 31. Tarot Man removed his mask and revealed himself to be none other than Junggigo, who is known for his chart-sweeping tracks like “Some,” his sweet duet with SISTAR’s Soyou. 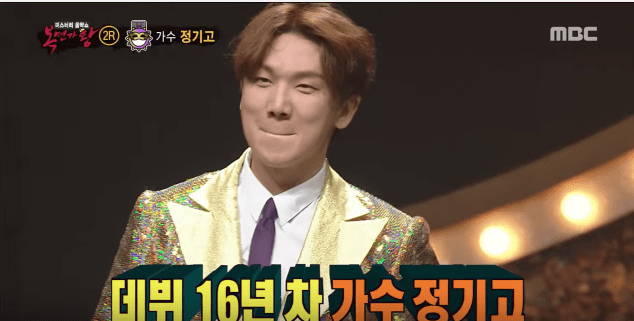 After revealing his identity, Junggigo amused the audience when he said, “I was trying so hard not to move too much because I didn’t want the gems on my clothes to come off.” As he wrapped up his appearance on the show, he commented, “Due to my voice, people think that I am very quiet and shy. I hope that through this experience, they will be able to see a different side to me.”

Junggigo
The King of Mask Singer
How does this article make you feel?