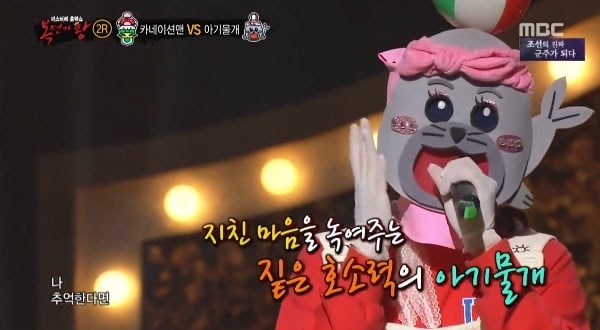 The identity of “Seal Clap to My Songs, Baby Seal” was revealed to be a young singer who became famous through a popular audition program.

The second battle of the second round of “King of Masked Singer” that aired on May 7 was between “Hula Hula Devoted Singer Carnation Man” and “Seal Clap to My Songs, Baby Seal.”

Though both singers impressed, “Carnation Man” beat out “Baby Seal” with a vote of 62 to 37.

“Baby Seal” took off her mask to reveal none other than Park Jimin, a member of the female duo 15&. The young singer first wowed the public with her powerful vocals on SBS’s “K-pop Star 1,” going on to win the season. 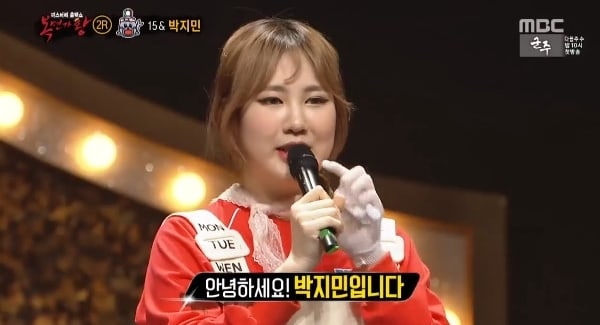 She also added, “When Suran was on the show, my mother thought it was me. I came on the show so she could see me up here.” 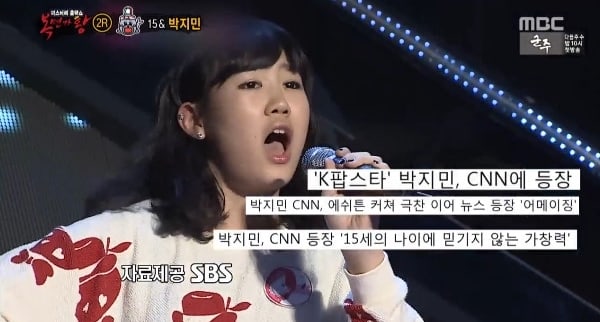 She concluded her appearance by saying that she had no regrets because she got to sing one of her favorite songs, and that she wants to be a chameleon-like singer who can encompass all genres.

Check out Park Jimin’s performance in the latest episode of “King of Masked Singer” below!

Jamie
15&amp;
The King of Mask Singer
How does this article make you feel?