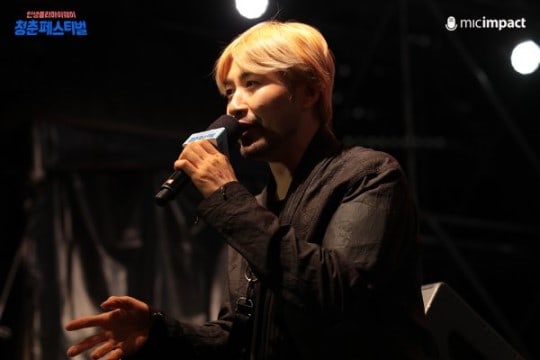 During Youth Festival 2017 in Seoul on May 7, he went on stage as a lecturer and talked about the experience.

He knelt in front of about 30,000 people and said, “At the time, I was a model for a chaffeur service, and I didn’t call. It was because I was afraid that they would be upset if I called the service for such a short distance, saying I’m a young person who was fooling around.”

He then said that he was living a new life after the incident. He said, “No matter what I try to do, I’m not free because I don’t have anonymity. I get pictures taken of me even if I’m abroad, and if I grow out my beard, people say I’ve given up. Seeing that my situation and how I’m portrayed in photos are so different, I realized that what’s most important is not how I look to other people, but my own happiness.”

He concluded by saying, “It’s cool to me that I opened my own bookstore, and that I’m raising a donkey, and that I only do shows that I want to despite them having low ratings. I didn’t know this when I took it easy but after I’ve fallen down once, I looked back on life. I’m very sorry that the reason why I did that was because of drunk driving, but if it weren’t for that, I wouldn’t have had the time to reflect on my life like this.”

Noh Hong Chul
How does this article make you feel?