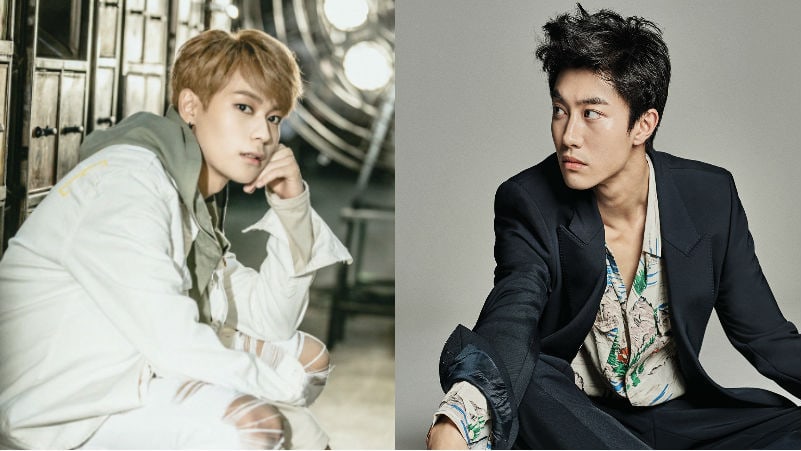 On May 7, KNK’s Heejun released a cover he made of indie band 10cm’s song, “Goodnight” for his birthday.

Heejun’s actual birthday is on May 8, and it is clear he prepared this song cover as a gift back to his fans on his special day as he released the cover with an accompanying video titled, “Dear. Tinkerbell.”

To prepare this gift for Tinkerbells, Heejun received some help from a good friend, actor Kwak Dong Yeon. It turns out that the music video was filmed by Kwak Dong Yeon himself. Retweeting the official KNK Twitter account’s tweet sharing the song cover video, Kwak Dong Yeon wrote his own message, “I really worked hard to film this. Even though it’s lacking, please enjoy watching it.”

Kwak Dong Yeon also uploaded on his Instagram a birthday message to Heejun. He shared an old picture of his friend with a caption that reads, “Happy happy birthday to Oh Heejun, except he hasn’t read my KakaoTalk Message? I told you not to forget how precious I am. I’m revealing a picture from the past.”

It’s lovely to realize the two came together as friends to create this gift for fans on Heejun’s own birthday. The footage filmed by Kwak Dong Yeon features Heejun walking across an overpass bridge late at night as he gazes at the cars flashing by and the city lights that surround him. Wistful and almost melancholy in mood, the music video provides the perfect visual backdrop for Heejun’s mellow vocals.

Check out the full video and cover below!

heejun
Kwak Dong Yeon
KNK
How does this article make you feel?