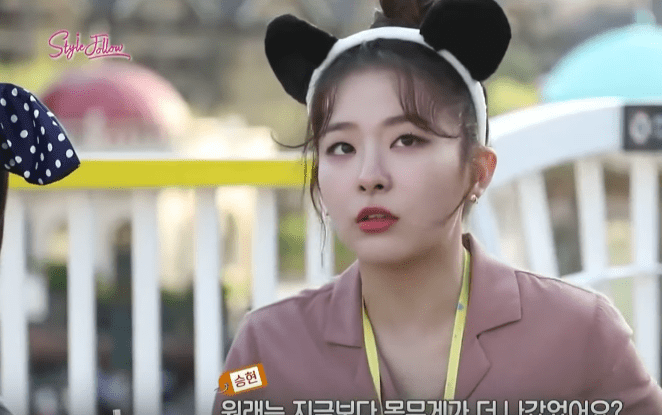 Red Velvet’s Seulgi revealed that she once went through some extreme dieting as a trainee.

On the May 4 broadcast of SBS’s “Style Follow,” Seulgi and Irene appeared as guests and spent the day having fun with Girls’ Generation’s Sooyoung and model Kang Seunghyun. When they sat down to eat some food, Kang Seunghyun asked, “Since we’re eating right now, I’m a little sorry to ask, but have you ever done an extreme diet?” In response, Irene shared that they dieted especially before debut. 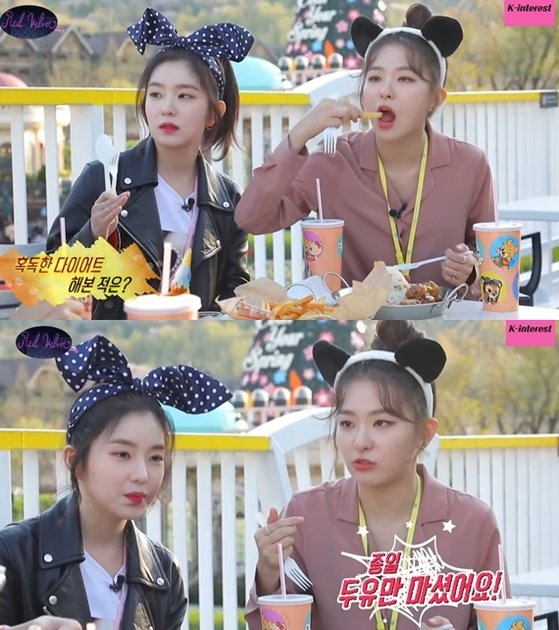 Sooyoung then asked, “Have you ever done one that was so extreme, it made you sad?” to which Seulgi revealed that she did when she was asked by her company to lose weight before debut. She said that her weight at the time was not too different from her weight now, but in order to lose weight, she went through an extreme dieting method.

She said, “All I had all day was soy milk. When I was so hungry that I couldn’t stand it anymore, I would drink some and persevere through it.” She revealed that in the end, she was able to lose two kilograms (approximately 4.4 pounds).

Hopefully she doesn’t have to do any more extreme diets!

Red Velvet
Seulgi
Style Follow
How does this article make you feel?