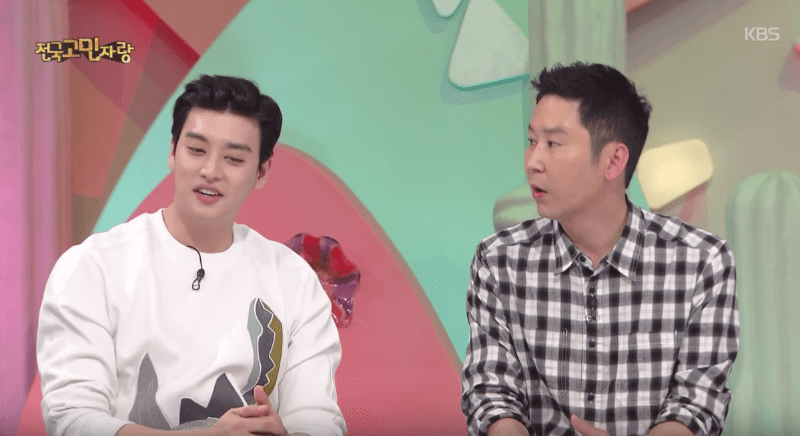 When they meant secret, it was a really well-kept one by the looks of it!

On the May 8 broadcast of KBS2’s “Hello Counselor,” U-KISS’s Eli were guests alongside EXID’s Hani and Hyerin.

In honor of Parents’ Day in Korea, the hosts and guests opened up the show by sharing true stories about their own mothers.

Hani started off by remembering how there were times when she was intimidated by her mother, who raised her in a strict manner, but that in hindsight, her mom’s actions allowed her to mature more quickly.

When the hosts turned their attention to Eli, he revealed that he felt apologetic towards his own mom. He explained, “I’m apologetic that I married in secret without my mother knowing. She had told me I could marry once my contract with my company ended if [my now wife] and I still loved each other by then. However, I was going to still love her anyways, so [we got married].”

While expressing his regretful feelings, Eli also apologized to his mom once more, as he knelt in front of the camera in a respectable manner.

Hello Counselor
Eli
U-KISS
How does this article make you feel?