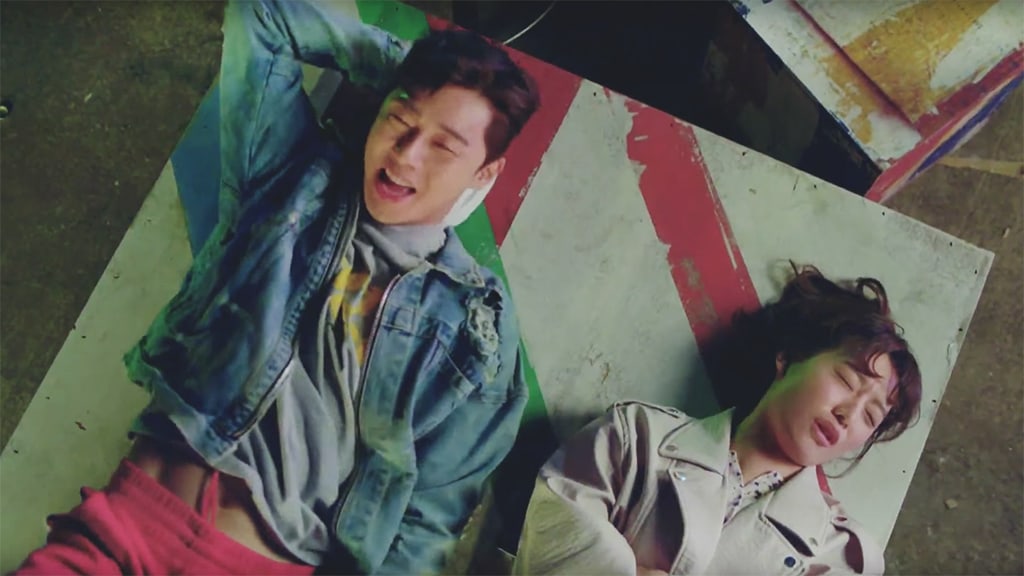 In the teaser, viewers can see Go Dong Man (Park Seo Joon) walking out of his bathroom to see Choi Ae Ra (Kim Ji Won) standing in his apartment, completely uninvited. He yells, “Hey! I told you to stop using my passcode to barge into my house whenever you want!” while Choi Ae Ra stares at him blankly.

The two continue to bicker and cause trouble for each other constantly, previewing a unique relationship between the two characters; however, despite their run-ins, Go Dong Man comes to Choi Ae Ra’s rescue when he sees her in danger and can be heard saying, “From now on, tell people that you have a boyfriend,” creating anticipation for how their story will unfold.

In a recent interview, a producer from the drama said, “We have created a drama that tells the story of two friends developing romantic feelings for one another and fallings in love.”

He also said, “On set, Park Seo Joon practically flies around while Kim Ji Won has been showing a great deal of lovable charm. The atmosphere on set is very bright,” heightening anticipation for the rom-com.

The drama is set to begin airing on May 22 and 10 p.m. KST. The drama will be available on Viki, so stay tuned!

Watch the amusing preview below and check out the previous teaser here!