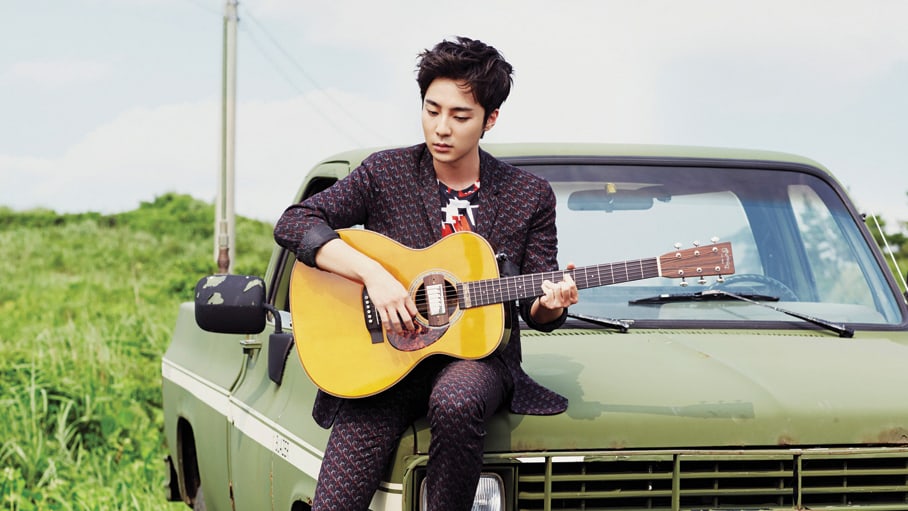 Watch: Roy Kim Talks About Why He Wants To Write Provocative Music, His Ideal Type, And More

In a recent interview, singer Roy Kim talked about why he wanted to write provocative music, his ideal type, misconceptions about his personalities, nicknames he doesn’t like and more.

As Roy Kim attends college in the United States for half of the year, he has earned the nickname of “Holiday Singer” to imply that he only promotes during school holidays. Roy Kim expressed that it’s not a nickname he particularly likes, as he does want to work as an artist full-time.

He also did a crab leg dance, showing off a goofy side to him that many don’t see. Because Roy Kim hasn’t showed his silly side to the public often, he says that there are misconceptions about his personality. The singer said, “People think that I’m quiet and reserved before they really get to know me,” to which the host expressed her agreement. He continued, “People think I don’t like to talk but I really don’t think my personality is like that at all.”

The host also referred to a comment Roy Kim made last August on “Yoo Hee Yeol’s Sketchbook,” where he stated that he wanted to write provocative music. The singer explained that after his first album, his previous two albums contained mostly songs that didn’t have anything to do with romance or love and, therefore, did not do as well as his first album. He explained, “At the time, I was thinking that I needed to start writing songs about love and romance again for female fans.”

When asked about his ideal type, Roy Kim responded, someone who is witty, smart, and as perceptive as he is. Meanwhile, Roy Kim will be making his long-awaited comeback next week, after pushing it back previously because another artist. Watch the full interview below!