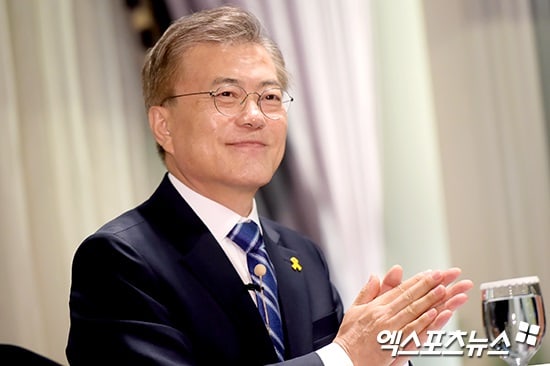 Breaking: Moon Jae In Is The New President Of South Korea

As of 10:50 p.m. KST, roughly three hours since voting was concluded for Korea’s 19th presidential election, JTBC, KBS, and MBC, among other media outlets, have reported that Moon Jae In of the Democratic Party of Korea has been de facto confirmed as the new president of South Korea, with, currently, 38 percent of the vote nationwide.

Although votes are still being tallied, the runner-up candidates, Hong Jun Pyo of the Liberty Korea Party (with 28.4 percent of the vote) and Ahn Cheol Soo of the People’s Party (21.2 percent), have conceded the election to Moon Jae In.

This election comes two months following the ousting of former president Park Geun Hye from office. The new president will take office immediately, without the two-month transition period that would be customary under normal circumstances.

Soompi Spotlight
XPN
Moon Jae In
How does this article make you feel?