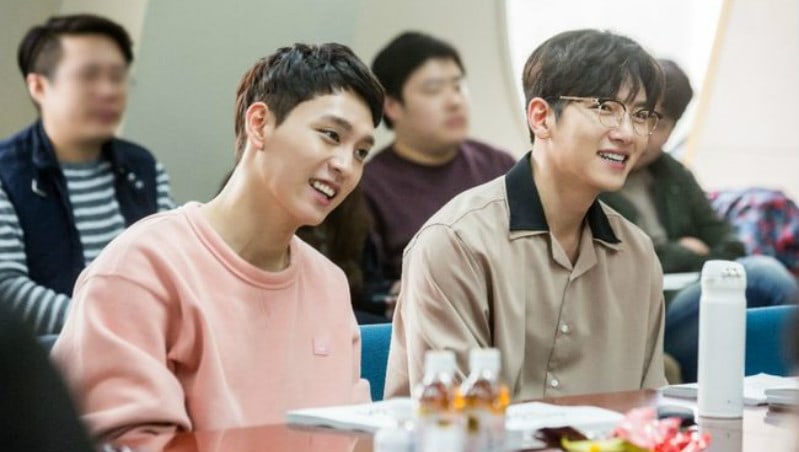 SBS’s new Wednesday-Thursday drama ” Suspicious Partner” has been receiving a lot of hype and anticipation as of late due to quirky and fun teasers showing off the chemistry between the two leads. The producer of the show gave viewers a quick taste of what to expect from the plot, saying, “This drama is the story of a man and woman who join hands to create change in a world that is filled with judgement. There will be a lot of funny romantic scenes, some suspenseful thrillers, and in the end, a melodramatic ending with the two making sacrifices for each other.”

On May 10, the cast of the upcoming romantic comedy gave more insight into their characters through a press conference. Ji Chang Wook described his character, No Jin Wook, as a perfectionist who likes to see his work through from beginning to end. However, things become complicated after he meets Eun Bong Hee (Nam Ji Hyun). Nam Ji Hyun followed, describing Eun Bong Hee as an energetic and optimistic character who is also excellent at coping in difficult situations. Nara described her character, Cha Yoo Jung, as someone who always needs to say what she wants to say.

Choi Tae Joon’s description of his character ended up being the most hilarious: “My character Ji Eun Hyuk is super relaxed, but has intense thoughts. He keeps on asking No Jin Wook for compromises, and might be more in love with him than Eun Bong Hee is,” he said, foreshadowing an intense bromance between the two male leads.

Are you curious to see the bromance between Ji Chang Wook and Choi Tae Joon?