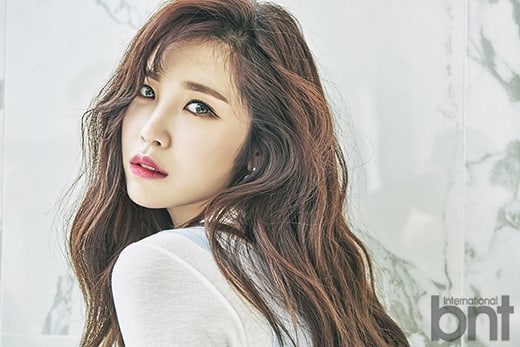 Singer and actress Jun Hyosung sat down for an interview with bnt after a photo shoot with the fashion magazine. She shared her thoughts on acting and the future of her group Secret.

Jun Hyosung has been appearing on variety show “Video Star” as an MC. Expressing her appreciation for the cast members, she said, “Just being there makes me happy because everyone takes really good care of me, and I’m learning a lot. It is physically tiring though because we record for two episodes on one day, meaning that we film for about 12 hours. But it feels more like I’m going to chat with friends, rather than going to work.” 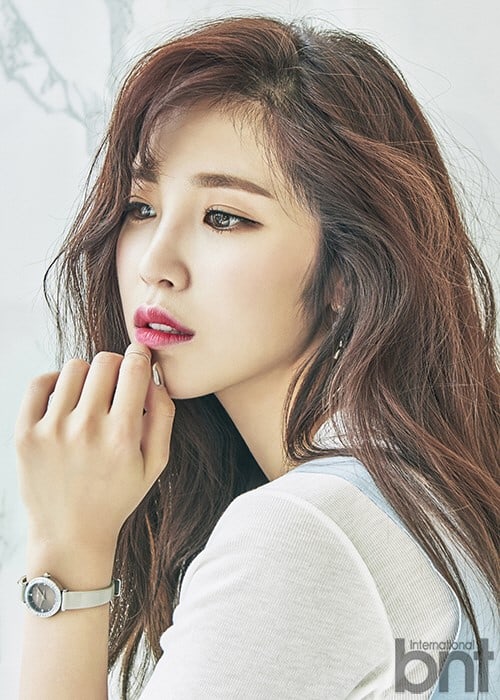 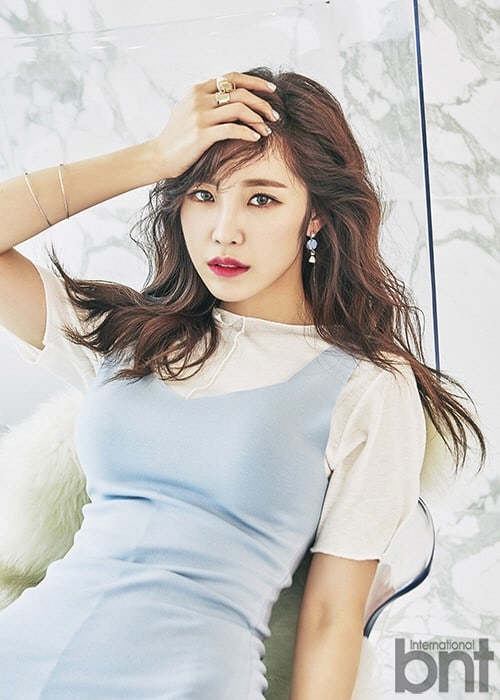 Jun Hyosung starred in “Introverted Boss” as the secretary Kim Gyo Ri. She explained how hard it was for her to portray a character that was different from her actual self, saying, “It was frustrating. I’m not the type to keep things to myself, but Gyo Ri was the opposite. I think a lot and can be shy, but I am extroverted to the extent that I express what I want to say. The director allowed us to ad-lib some parts, and it was hard at times to keep my real outgoing personality from coming out.”

But despite how difficult it is, she is willing to keep challenging herself in acting. “I tried an introverted character this time, so I want to play a brighter character next time. I’d also like to try a scary role, someone like a psychopath.”

Fellow Secret member Song Ji Eun took her first step in acting earlier than Jun Hyosung, and Hyosung revealed that they monitored each other’s acting and gave advice to one another. Because both of them are still not completely used to acting, they share advice from the perspective of the viewers. 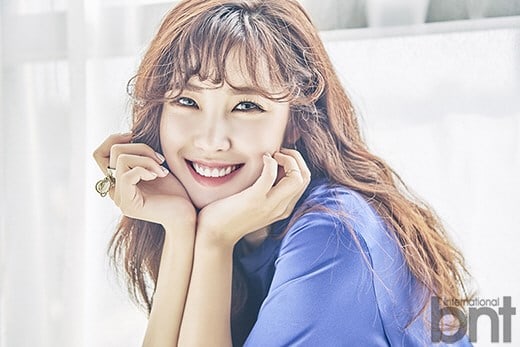 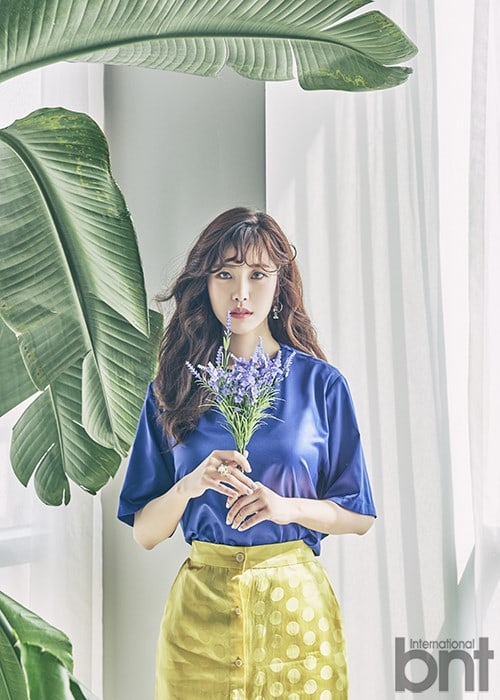 Jun Hyosung was asked about Secret and how the so-called seven-year jinx affects them, and she responded, “I think the seven-year jinx is related to the length of people’s contracts and whether people decide to go their own paths or not. So it’s not really anyone’s fault. Seven years can be considered long or short depending on the way you look at it, and I think all idols will have done their best during that time. As for us, we still have the ambition to continue as Secret. We have a special connection with each other, and we’ve been talking about continuing on as long as the public wants it, even if we get older.” 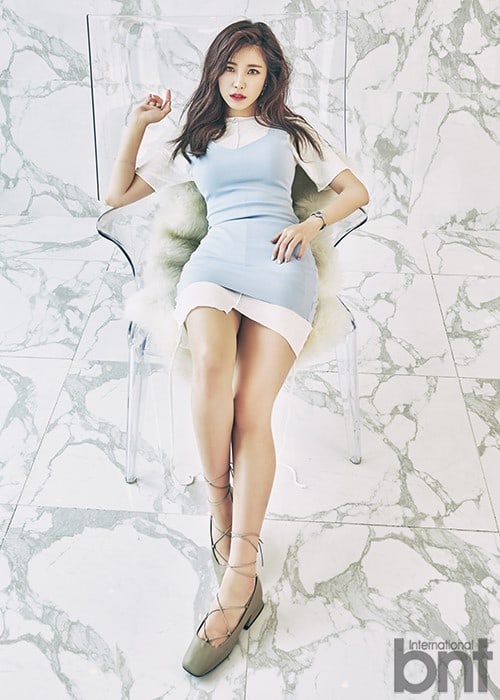 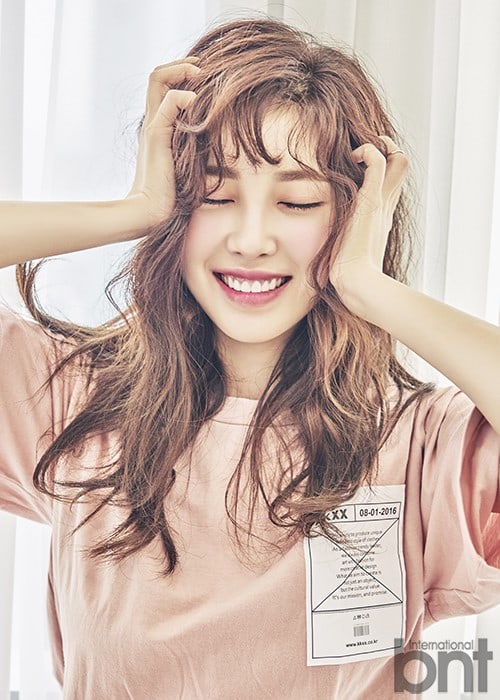 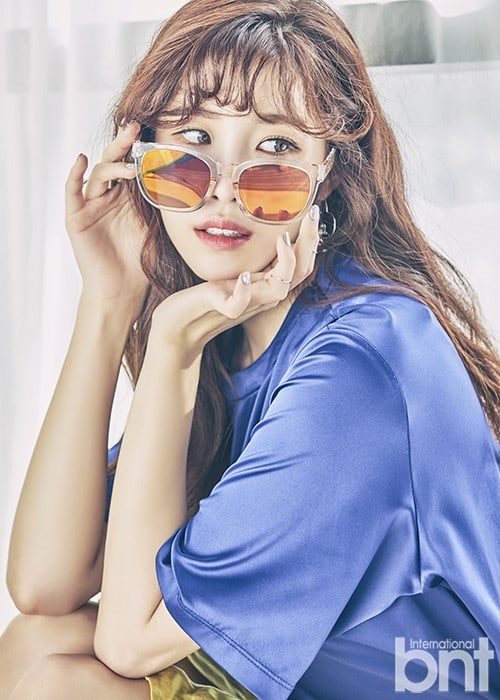 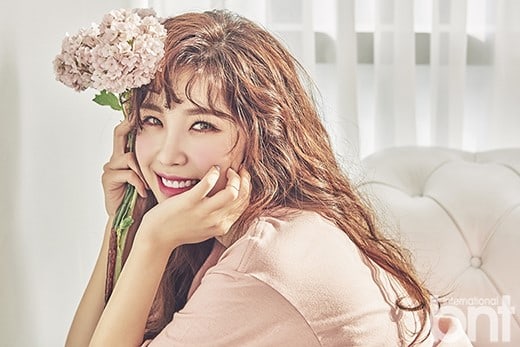 Secret
Jun Hyosung
How does this article make you feel?