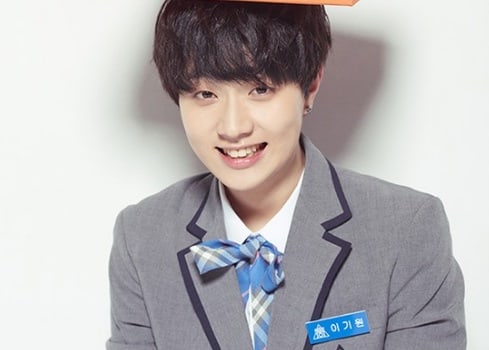 It seems like “Produce 101 Season 2” contestant Lee Ki Won is being criticized for possibly using social media to share his song preferences, which Mnet has forbidden the trainees from doing.

On May 5, after the first elimination, contestant Lee Ki Won wrote on his Instagram, “Oh Ki Won> Sa Ki Won Sam Ki Won Lee Ki Won.” After it was posted, some fans claimed that he used play on words to indicate “5 > 4 3 2,” hinting that he wants to perform song number five.

When the issue became noticed, the trainee’s agency, 2Y Entertainment, announced that he will no longer use his social media [SNS] account until the show ends.

Then on May 10, the agency further explained their position on this issue, saying, “It is truly our fault for using SNS even though the show has banned such actions. We will accept necessary consequences if the staff decides to penalize him.”

However, the agency explained that the trainee’s post had no hidden intentions, saying, “The post that became an issue was written by the agency in support of Lee Ki Won. Lee Ki Won was actually in his dorm at the time and was unaware [that the post was even uploaded].”

The agency stressed, “The post had no intended meaning. The agency hadn’t even heard about the song mission from Lee Ki Won when this was posted. Nevertheless, the agency and Lee Ki Won himself are sincerely reflecting about this issue.”

In addition to Lee Ki Won, other “Produce 101 Season 2” contestants that were under fire for using SNS during this time include Kang Daniel and Kim Dong Bin.

Produce 101 Season 2
Lee Ki Won
How does this article make you feel?