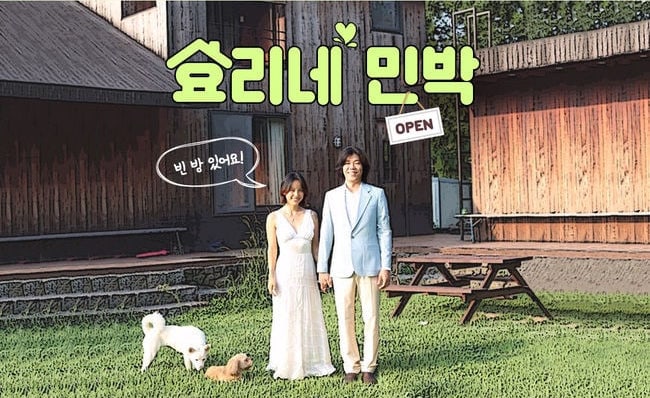 On May 10, a representative for Lee Hyori confirmed that the singer would film her upcoming interactive reality show, “Hyori’s Home Stay” (literal translation), at her own home.

The premise of the show is that Lee Hyori and her husband, Lee Sang Soon, will be running a guest house for the lucky visitors selected from applications sent through the show’s casting process.

It was previously reported that the show might not film at Lee Hyori’s actual home but at a pension on Jeju Island instead, because the show’s writers were worried about protecting the singer’s privacy. However, it seems that since the show has revealed much more interest in Lee Hyori’s life on Jeju island than originally anticipated, Lee Hyori wanted to “meet those expectations.” Lee Hyori’s representative also shared that, “The entire home will be revealed, including—of course—the regular living space.”

Apparently, the singer owns two homes in the same area in Jeju Island. The show will be filmed not at the home previously revealed on TV, but instead at the new home she has moved into with her husband.

The show’s chief producing director, Yoon Hyun Joon, announced that the show has currently narrowed down the 17,000 interested applicants, including celebrities, to about 700. For the next step, the show plans to meet these 700 candidates face-to-face to make their final selections. PD Yoon Hyun Joon also said of the show’s casting considerations, “From celebrities to families, friends, married couples, or single people on their own—I am considering them all without any restrictions.”

Lee Hyori is not involved in the casting process. PD Yoon Hyun Joon explained that he wanted to film Lee Hyori getting to know and building connections with the guests without having any prior background knowledge about them.

Lee Hyori and her husband Lee Sang Soon decided to reveal each nook and cranny of their home so that they can better connect with viewers. Considering how seriously they are approaching their role in the show, it seems likely that interest in “Hyori’s Home Stay” will only continue to build.

The show begins filming mid-May and will likely air in June. It is currently scheduled to have 10 episodes.

Will you be tuning in to Lee Hyori’s new show?