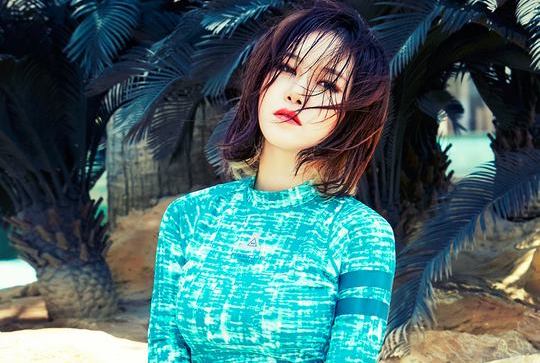 FIESTAR’s Yezi To Make May Comeback As Solo Rapper

FIESTAR’s Yezi is set to make her return as a solo rapper.

On May 11, FAVE Entertainment confirmed the reports of Yezi’s return and added, “Yezi is currently preparing for a May comeback. Preparations have come quite far along, and she finished filming her music video on May 10.”

They also added, “Her comeback will be in the form of a digital single album, and the release date has not been confirmed yet.”

Yezi broke negative stereotypes about idol rappers and was recognized for her talent when she appeared on Mnet’s “Unpretty Rapstar.” Her song “Crazy Dog” became a big hit in the music scene, and she went on to prove her skills as a producer in JTBC’s “Nation of Hip-Hop 2.”

This will be Yezi’s first solo song since her first solo single album “Foresight Dream,” which was released in January 2016.

Are you excited for Yezi’s return as a solo rapper?