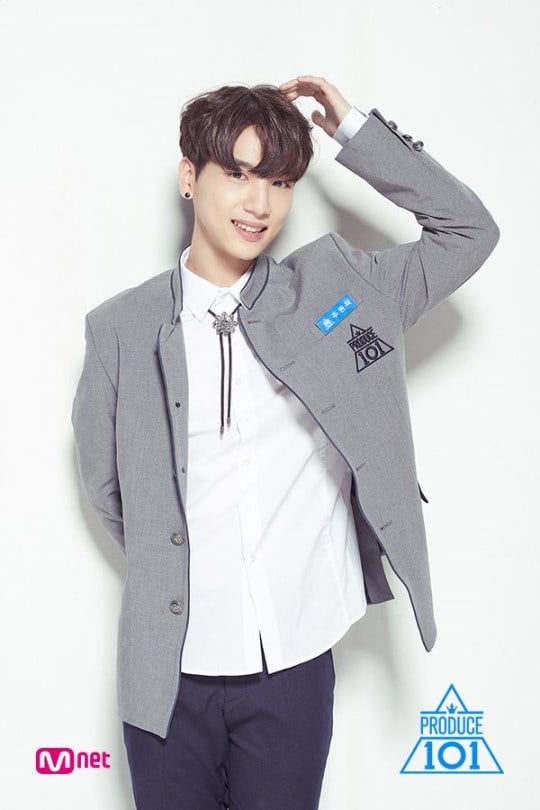 2ABLE Company trainee Joo Won Tak recently prepared a special event for fans after his special stage on the May 11 episode of “M!Countdown.”

Unfortunately, Joo Won Tak did not make the Top 60 in “Produce 101 Season 2’s” first elimination round and was eliminated from the show. However, this week on the music show, the winners of the team battle in a previous episode of “Produce 101 Season 2” got the chance to perform their cover song “Mansae.” The trainees in the winning team included Joo Won Tak as well as Park Woo Dam, Kim Yeon Guk, Kim Tae Dong, and Woo Jin Young.

After the performance, Joo Won Tak prepared a coffee truck for the fans who came to cheer them on. Afterwards, he announced that he was planning a special thank-you message for his fans at a mini-fan meeting at 8 p.m. after the show. Reportedly about 120 domestic fans attended the fan meeting, and added to the number of Japanese fans who came to see him, there were about 200 people in attendance.

A source stated, “He’d only prepared the coffee truck in advance but more people than he thought showed up so he decided to greet them personally face-to-face. He will have hi-touch, free hug, and selfie events and have a good time with his fans. Joo Won Tak will not forget the support he received from everyone and he will work hard for his future debut.”

Produce 101 Season 2
Joo Won Tak
How does this article make you feel?