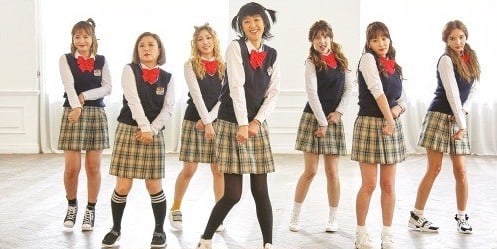 “Sister’s Slam Dunk Season 2” is gearing up for the debut of their revamped girl group, Unnies!

Throughout the second season of the KBS variety show, the cast have been receiving vocal lessons, dance lessons, recording, and practicing choreography ahead of their May 12 “Music Bank” performance. The digital single is set to be released at noon on the same day, while their music video will drop sometime after the show. 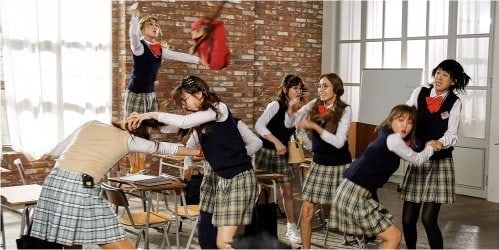 From the new stills, it appears that the music video will center around a school-themed concept while showcasing the signature chaotic humor of the variety show cast.