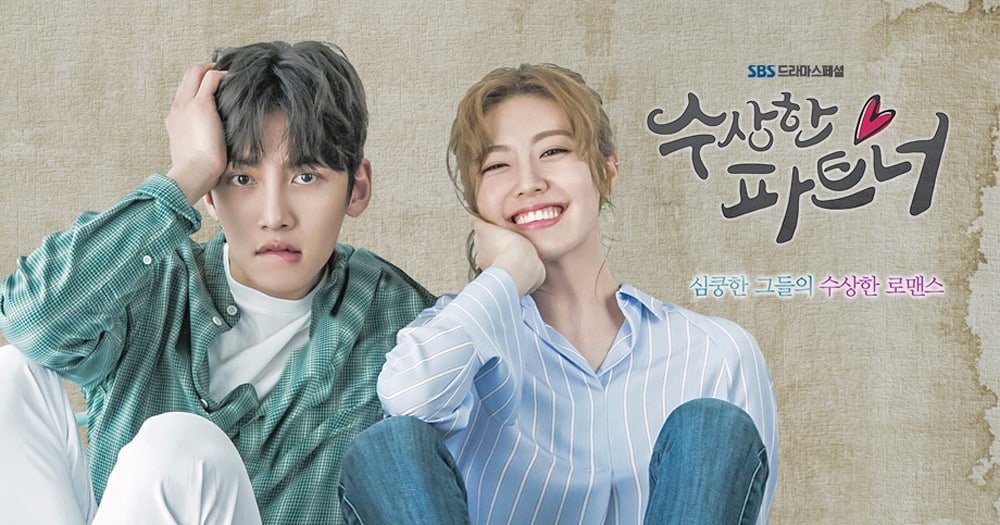 Ji Chang Wook is back and my heart needs to chill.

I know, I know. We’re all really excited to have Ji Chang Wook back on the small screen and we’re even more excited that it’s a rom-com. “Suspicious Partner” is the new SBS drama starring Ji Chang Wook, Nam Ji Hyun, and Choi Tae Joon. There was a lot of anticipation in finding the female lead after Ji Chang Wook secured his spot as the male lead, but we’re glad Nam Ji Hyun was able to take on the reigns. Keep reading to find out what I thought of the first four episodes of “Suspicious Partner”! (Here’s why it’s four 30-minute episodes and not two 1-hour episodes.)

“Suspicious Partner” tells the story of an aspiring prosecutor named Eun Bong Hee, played by Nam Ji Hyun, who by fate meets No Ji Wook (Ji Chang Wook) on a subway. She falsely accuses him of getting handsy with her. Feeling upset about the whole debacle, Ji Wook heads to a restaurant/bar where he unfortunately bumps into her again. Sitting at a nearby table, he overhears Bong Hee arguing with her boyfriend, who is cheating on her. This reminds Ji Wook of his ex-girlfriend that betrayed him, and because he understands and can relate to Bong Hee’s situation, he decides to help her out on a whim and they end up leaving the restaurant/bar together. After sharing a few drinks at a bar, Bong Hee wakes up the next morning in Ji Wook’s house, unable to recall any memories from the night before, which freaks her out and sends her running out of his home without a word. Bong Hee then heads to her new job, where she is surprised to discover that Ji Wook is a prosecutor and actually her mentor and boss.

While working under Ji Wook, Bong Hee sees many different sides of his personality. She discovers that he is not only a cold jerk, but that he has his moments of being sweet and sensitive. On a night when Bong Hee gets to relax at home, a series of events leads to Bong Hee becoming intertwined in a crime. Ji Wook gets involved in the case and the relationship between the two becomes more complicated than ever.

Ji Chang Wook plays No Ji Wook, a somewhat cold and un-popular prosecutor. He is a bit hard to read in the first few episodes. I think a lot of his character will be developed as the series progresses and we learn more about his past, but for now, he seems misunderstood and is dealing with a lot of baggage. He isn’t the most likable character right now, but us K-drama fans are familiar with this male protagonist. We know he’ll be a jerk at first, but will most likely win our hearts later on. I really, really, really like Ji Chang Wook the actor. I loved him in “Healer” and I watched “The K2” because he was starring in it, just like I’ll watch this drama, but I can’t say that I’m really drawn to his character. It’s supposed to be a romantic comedy, but I’m not feeling the “rom-com” vibe in the plot and his character. I am obviously hoping this changes. As a huge romantic comedy genre fan, I want to see him succeed and I want to see him in more lovey-dovey roles in the future.

Nam Ji Hyun plays the clumsy and unlucky aspiring prosecutor Eun Bong Hee. She’s not the smartest, but she’s incredibly hard-working and is trying her best to become a prosecutor. She definitely nails the comedic aspect of her character, but I can’t say that I’m seeing the charm. I know that none of this has to do with Nam Ji Hyun, but more to do with her character. It just hasn’t struck a chord with me yet. 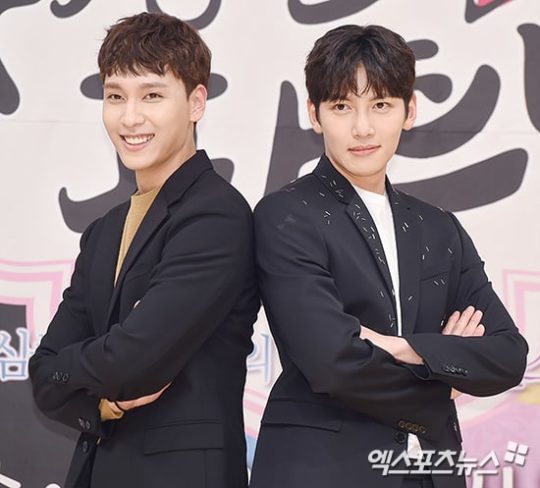 As is the case with many dramas lately, everyone was looking forward to seeing the real-life bromance between Ji Chang Wook and Choi Tae Joon on screen. Their scene together doesn’t come until the fourth episode, and although it isn’t exactly the “romance” I was hoping for, it was enough to satisfy my excitement. I’m looking forward to seeing them more in this drama! Maybe even more than the main couple.

I was a bit apprehensive prior to watching this drama, mainly because of the law/crime theme. The first four episodes didn’t really draw me in; although I really wanted to like it, the story lacked in many aspects for me. I didn’t find myself laughing or really caring about anything going on in the plot. Let’s hope for a change in pace! I was also a bit surprised with the serious mystery and crime part of the story. It seems as though this is a running theme in rom-coms these days, juxtaposing light-hearted comedy with a stark contrast of darkness. “Strong Woman Do Bong Soon” also did something similar. I’m slightly intrigued, but again, not totally invested. I really hope this drama grows on me.

One thing is for sure, Ji Chang Wook and Nam Ji Hyun are both great actors, and although I didn’t find them pulling through the “comedy” part of the rom-com, I do appreciate their acting abilities and their chemistry.

All in all, I’m going to watch it until the end, mainly because Ji Chang Wook is one of my favorite actors and I can always count on him to give his all in his roles. This series will also likely be an emotional ride, as this drama is likely his last role before he enlists into the army. Excuse me while I weep.

Hey Soompiers, what do you think of “Suspicious Partner” so far? Let me know in the comments below!