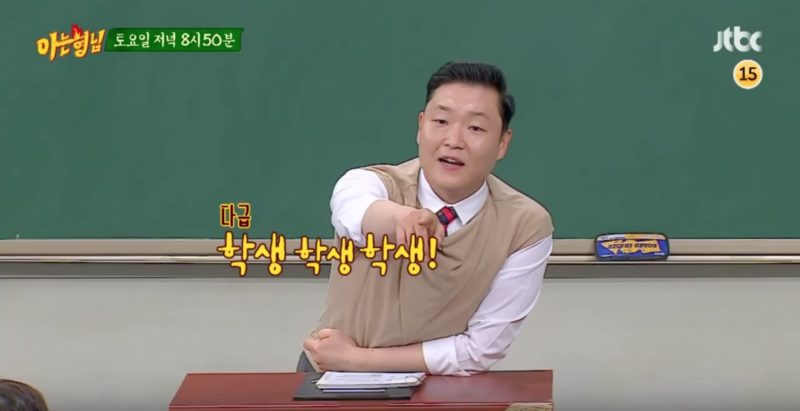 On the May 13 broadcast of “Ask Us Anything,” international K-pop star PSY will be making a special guest appearance.

PSY seemed a little nervous, as this is not only his first variety show appearance after the recent release of his eight studio album but it is also his first variety show appearance in five years. The applause and praise for the “nation’s singer” from the show’s cast members was brief, as in typical comedic fashion they quickly switched their attention to asking whether another guest would also be making an appearance.

Thrown somewhat off balance, PSY said that, although there is no other guest, he would perform his latest title song for the first time instead. The cast members acted as if they were not impressed by the announcement but, after PSY’s performance of “New Face,” they all cheered and said they wished they could have seen a little more of the song.

He even said that he would stake everything on his “Ask Us Anything” appearance and would reveal other performances if they let him; however, the show’s cast members hilariously said, “A man’s got to have at least one secret.”

You can watch PSY’s entire guest appearance on the May 13 episode of “Ask Us Anything”!

Meanwhile, PSY recently achieved great success on the charts with his latest comeback on May 10. He released music videos for “I LUV IT” and “New Face,” featuring Lee Byung Hun and Apink’s Son Naeun respectively.