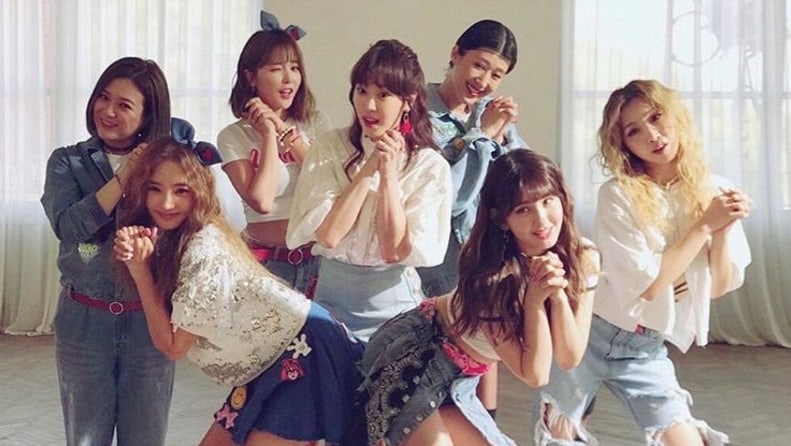 Ahead of their “Music Bank” debut stage, the ladies of “Sister’s Slam Dunk Season 2” promised to thank fans in a very special way if their new single “Right?” made it to first place on the music charts.

On May 12, the cast participated in a special Naver V Live broadcast “Unnies Debut D-Day! Right?” where they promised fans they would put on traditional clothes and dance for commuters in Seoul if they topped the charts.

During the broadcast, cast member Hong Jin Kyung also explained the meaning behind the track, describing it as “a funky dance song” that showcases the group’s chemistry. “It spreads the message that if you are with the Unnies, there is nothing to be afraid of,” she added.

The cast then discussed what they would like to do for fans if the song made it to number one on the music charts. Finally, they agreed that they would each put on either traditional clothes or their pajamas and perform a dance for passerbys to spread “positive energy” to people heading out to work in the morning. Each member would dance on a different bridge in Seoul for a half hour starting from 7:00 a.m. KST, a time when rush hour traffic is the most congested.

Following the broadcast, “Right?” has since achieved an “all-kill” status, topping all eight of South Korea’s digital music charts.

Do you think the Unnies will keep their promise?