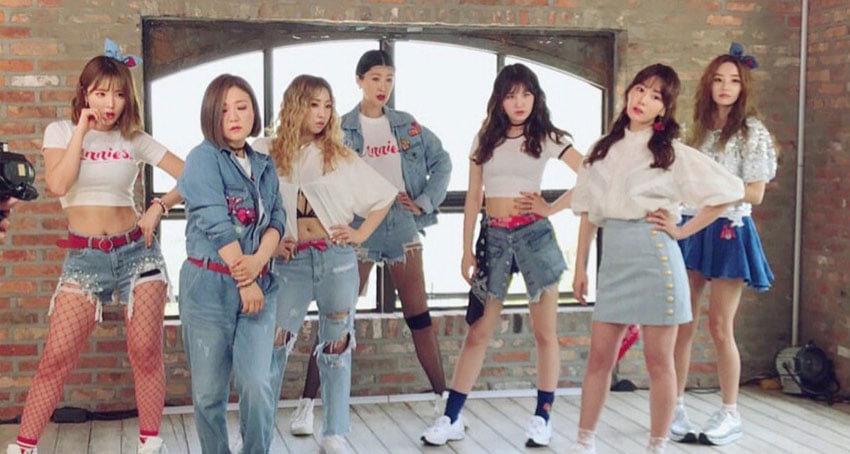 The “Sister’s Slam Dunk Season 2” cast’s new single “Right?” reached the number one spot on all eight of Korea’s digital music charts, and those involved are publicly celebrating the song’s special achievement.

Cast member Jeon Somi shared a screenshot of the music charts on her personal Instagram account, captioning the image with, “Thank you so much for everyone who is giving love to [our song]. All of the members were crying and hugging each other. The members love you too!”

“It is three days before Teacher’s Day, and my teacher’s song is at number one! Congratulations to the cast members and staff, especially Somi,” he wrote on his Instagram account.

The show’s director Park In Suk also shared his thoughts about the achievement to Star Today, confessing that he was actually quite surprised because season two has not been as popular as the first season.

“Above all, I am grateful to the cast members for all their hard effort,” he commented. “I am proud that they are receiving a little compensation for how much hard they have worked.”