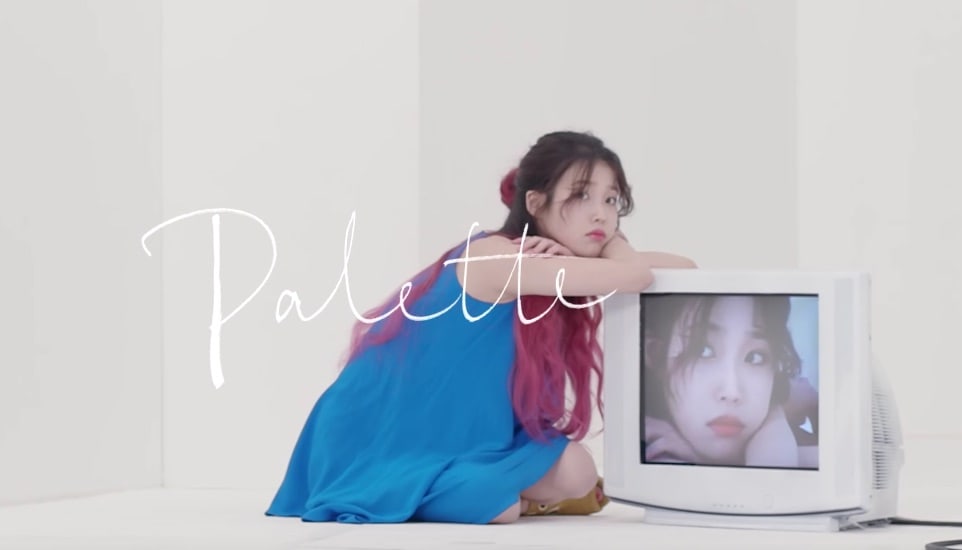 IU’s “Palette” easily repeats at No. 1 this week! “Palette” dominates the chart for the second week of May in all aspects, picking up four more wins on music shows such as “Inkigayo,” “Music Bank,” “Music Core,” and “M!Countdown.” Congratulations again to IU!

WINNER’s former No. 1 song “Really Really” remains at No. 2 this week, while TWICE’s “Knock Knock” bounces back two spots to No. 3.

There are three new songs in the top 10 this week. Moving up 13 spots to No. 5 is indie band Hyukoh’s “TOMBOY,” which is one of the two title songs from their album “23.” Ever since their breakout success on “Infinite Challenge,” Hyukoh and their lead singer Oh Hyuk have been able to cross over to mainstream K-pop. “TOMBOY” is a song that details their career so far, and the lyrics mention that they are still trying to find their direction in life.

Moving up 12 spots to No. 7 is “Wine,” the first top 10 hit for Suran. She originally debuted back in 2014 as part of the duo Lodia. Since then, Suran has participated in drama OSTs, has been a featured artist on hip hop songs, and has also released her solo songs. “Wine” is a trendy R&B song that received a lot of attention as it was produced by BTS’s Suga. It also features rising hip hop artist Changmo. The lyrics compare the memories of a lover to a fine wine.

Up 10 spots to No. 10 is SECHSKIES’s latest hit “Be Well.” This is the title song of their 20th anniversary album. SECHSKIES released a “Re-Album” late last year, re-recording some of their greatest hits. This year, the first generation idol group is celebrating their 20th year in the music industry, releasing a brand new album that fans have been waiting for a long time. “Be Well” is one of the two title songs on the album. It is written and produced by Epik High’s Tablo, and is a sad ballad is about a man who broke up with his girlfriend but still wishes her well.

Singles Music Chart - May 2017, Week 2
Don’t miss our music chart in the K-pop fan magazine THE KRAZE! Check them out here.