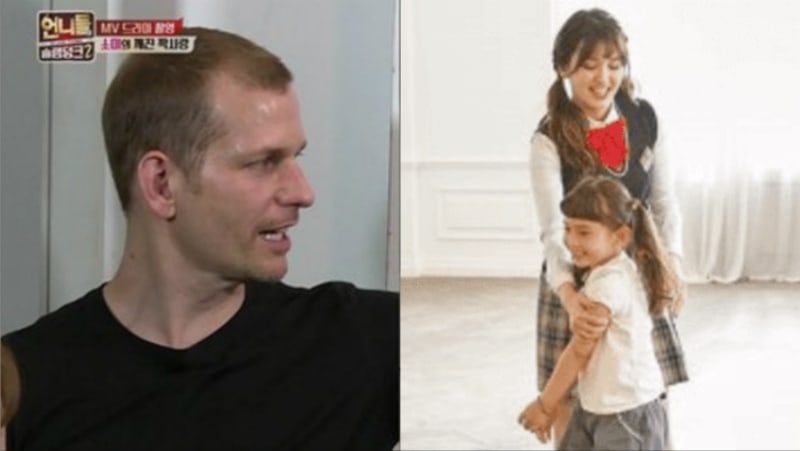 It has been revealed why Jeon Somi is so different from her little sister Evelyn when it comes to aegyo.

During the May 12 episode of “Sister’s Slam Dunk Season 2,” Evelyn and Matthew Douma visited the set of Unnies’ latest music video.

When he saw his daughter Jeon Somi acting cute, Matthew Douma expressed his shock, saying, “She doesn’t act this way at home.” 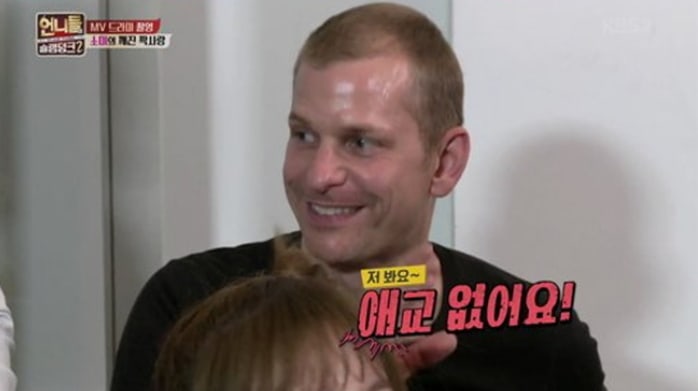 After he finished filming his cameo appearance in the music video, Kim Sook asked Jeon Somi to show some aegyo to her father and she awkwardly complied.

“How can one child be full of aegyo and the other not have much of it?” questioned Kim Sook.

Matthew Douma then answered, “Jeon Somi was born when we weren’t very financially well off, and we had Evelyn when we could actually afford to.” 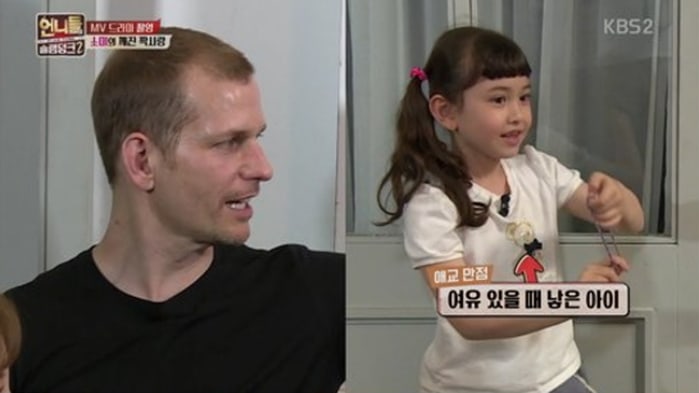 “We didn’t know how to raise Jeon Somi so we just raised her like a son,” he added. 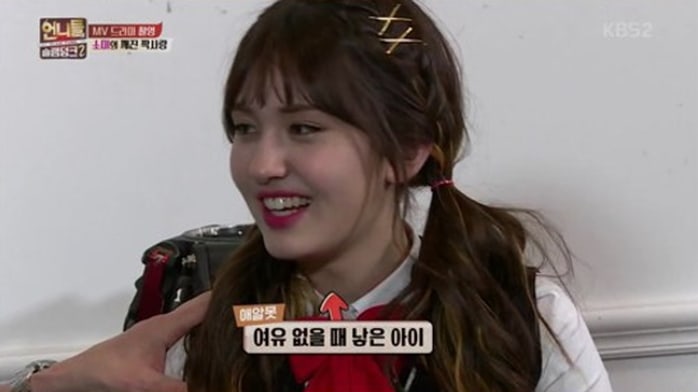 Kang Ye Won then commented, “It’s more charming when a pretty girl has some masculine tendencies.”