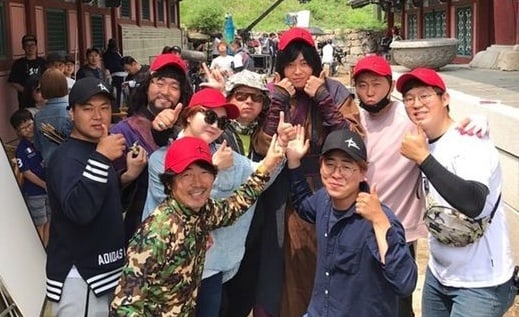 Actor Yoon Kyun Sang gave special presents to the cast and crew of “Rebel: Thief Who Stole the People” ahead of its final broadcast.

In the revealed photos, everyone is wearing red hats that the actor prepared himself. Following the theme of the drama, the hats have a humanism-inspired logo imprinted on it and Yoon Kyun Sang’s initial “Y” written on the back. 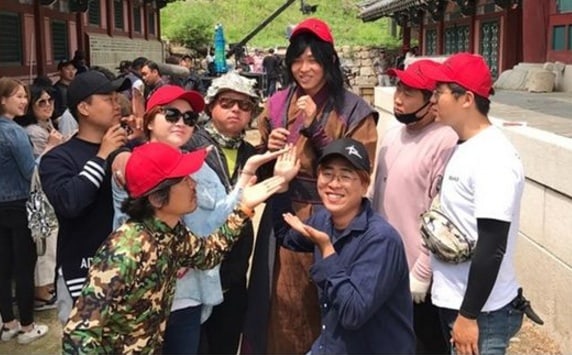 This isn’t the first time that the actor expressed his thanks to the entire cast and crew. During the filming period, the actor prepared snack and food trucks various times to support their hard work.

Lastly, the actor commented on how he feels as the drama is coming to an end, saying, “I am sad to say goodbye to the ‘Rebel’ family whom I spent the past six months with. After thinking about how to commemorate all the memories I made with this team, I prepared hats that contain the core message of the drama. The staff was so happy knowing what message I was trying to deliver, so I felt even more grateful. I will remember this moment and wrap up the drama well.”

You can watch the latest episode of “Rebel: Thief Who Stole the People” on Viki below!