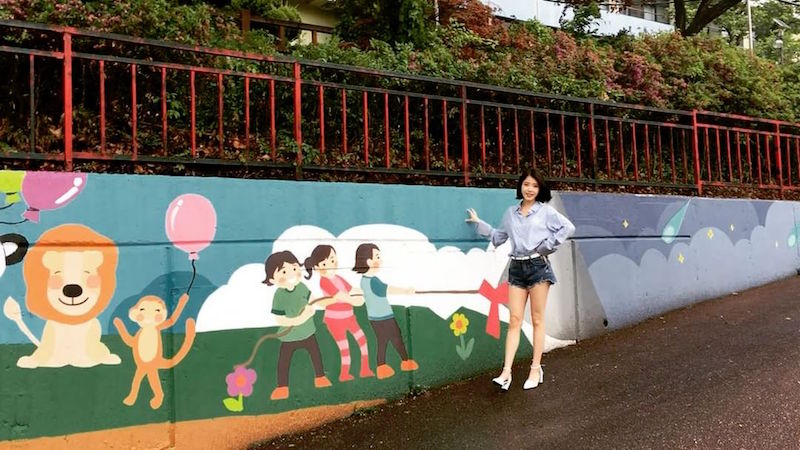 Not only are fans of IU so thoughtful to set this up, but IU is just as sweet to make sure to visit!

On May 13, the singer posted a short video montage of herself walking and posing alongside a beautiful, brightly-colored mural.

The mural is actually a part of community service project conducted by IU’s official fan club, where 50 of her fans helped paint wall murals in traditional neighborhoods in honor of the singer’s birthday. While IU was unable to attend the meaningful event herself, she reportedly provided lunch for all the fans who helped out.

It appears she visited the final product as soon as her schedule let her, and IU proudly displayed her fans work, making sure to point out where they had signed as “Uaena,” the name of her fan club.

The singer also included a short clip of her kissing the camera, and showed her affection for her fans with an amusing caption that said, “Uaena painted the wall mural, but IU is the one who shows off.”

Meanwhile, IU is recently released her latest album “Palette,” which has been topping charts and experiencing overall great success.