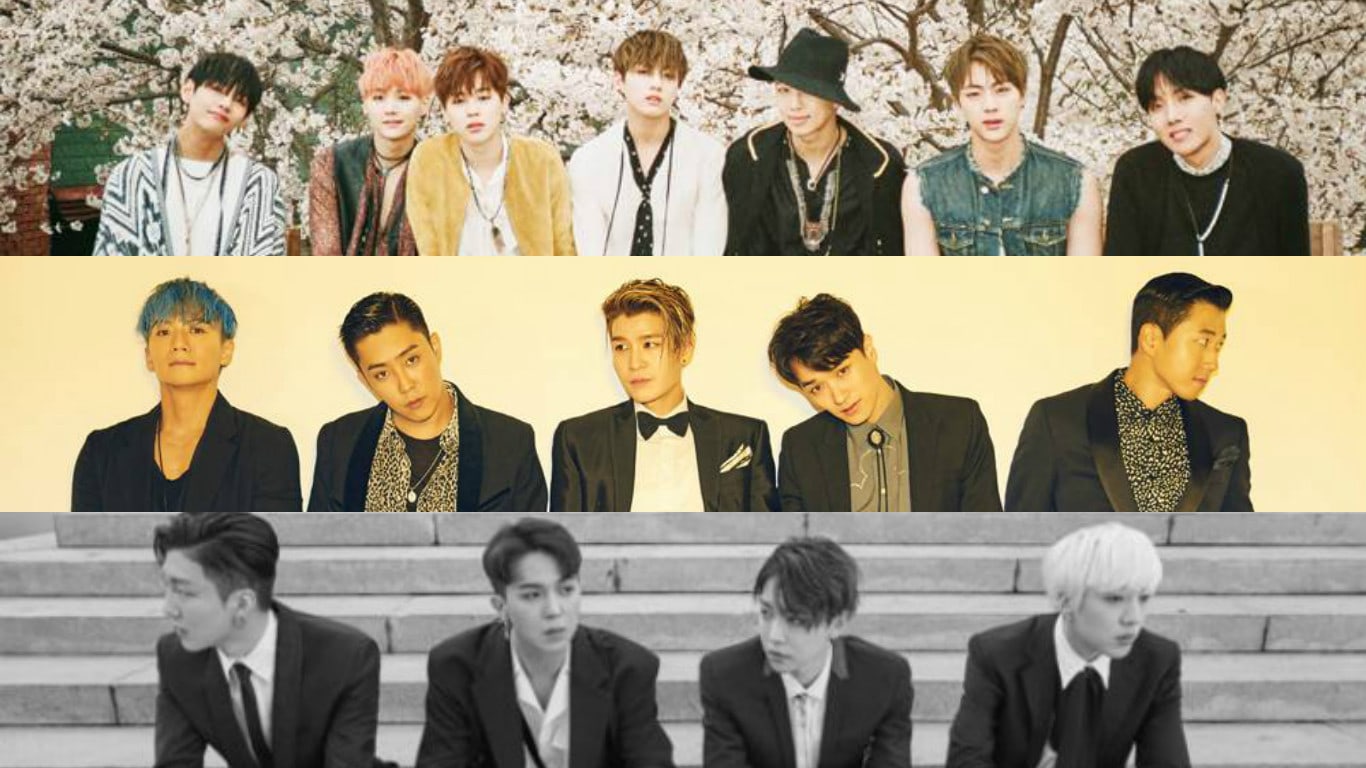 On May 14, the Korean Business Research Institute published their monthly results for brand reputation rankings among boy groups.

The institute analyzed data from April 12 to May 13 in the categories of participation, communication, and community awareness. Compared to last month, the amount of data rose by 64.75 percent. The brand rankings are an indicator of the influence the boy group will have on consumer purchasing behavior.

As they have done for the past several months, BTS took the top spot on the list once again with a total score of 7,899,583. This is a 21.74 percent increase from last month. The head of the Korean Business Research Institute, Goo Chang Hwan, said, “BTS has been holding the No. 1 rank in brand reputation rankings among boy groups for seven months in a row. Recently their Japanese single “Blood, Sweat, Tears” rose to the top of the Japanese Oricon daily singles chart. They also became the first boy group to receive an official invitation to the American Billboard Music Awards. As a result, many of their keywords involved ‘Billboard Music Awards’ and ‘Oricon,’ contributing to their score.”

Second was veteran idol group SECHSKIES, who made a comeback this month with their special 20th anniversary album. Their total score was 5,539,871, a whopping 433.80 percent increase since April.

In third place was WINNER, who recently made a comeback as four members with “Fate Number For.” Their total score was 5,426,260 and jumped from ninth place in April to third place in May.

Check out the full list of May rankings below!