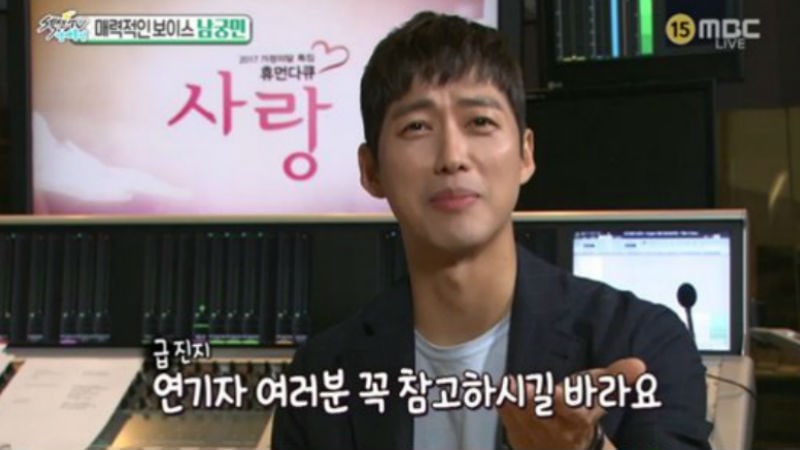 On May 14, MBC’s “Section TV Entertainment Relay” aired an interview of Namgoong Min as the latest narrator for “Human Documentary Love.”

When asked for his thoughts about the experience, Namgoong Min shared that he found it difficult to make sure he enunciated all of his words well enough that the information in his narration was clearly conveyed. The follow-up question asked how he felt about the sound of his own voice. Laughing, Namgoong Min answered, “It’s not that great.”

During the interview, Namgoong Min was also asked to reflect on his career when given the question, “It’s already been 18 years since you first debuted. Looking back, is there anything in particular that has changed?” He replied, “I’m a lot less naive. To put it nicely, I’ve gained a lot of life experiences so not much surprises me anymore.” 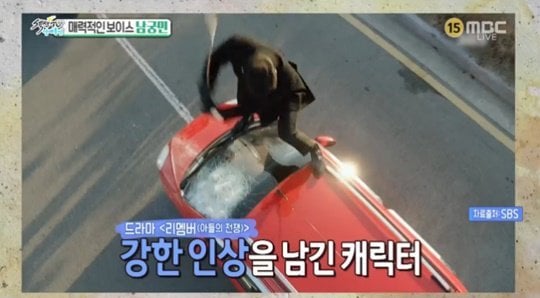 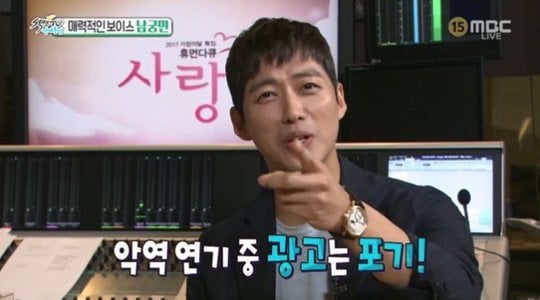