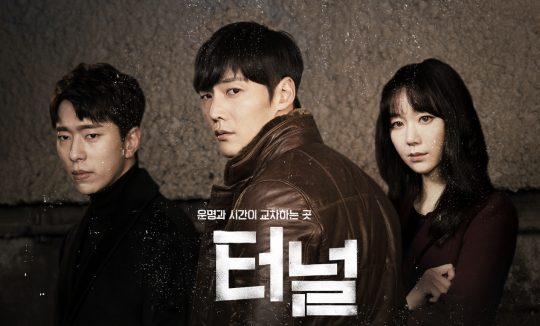 “Tunnel” is on track to be OCN’s most successful drama.

Episode 13 of OCN’s “Tunnel” aired on May 13 and scored its highest viewer ratings yet of 5.5 percent, with real-time ratings peaking at 6.2 percent. Within its target audience (people in between the ages of 25 and 49), the drama scored average ratings of 4.8 percent and peaked at 5.6 percent, earning the drama the top spot in its time slot. The episode was especially popular with men and women in their 40s, with ratings peaking in each bracket at 6.9 percent and 9.2 percent respectively.

The drama started off at 2.8 percent in its first episode and has been enjoying a steady rise in its ratings thanks to its strong storyline and shocking plot twists. At this rate, the drama is slated to beat out “Voice” (5.69 percent) for the highest ratings ever for an OCN drama. If “Tunnel” manages to achieve this feat, it will be the third consecutive OCN original drama to break the channel’s ratings record, following “Squad 38” and “Voice.”

With only three episodes left, it will be interesting to see if “Tunnel” will come out on top as the most-watched OCN drama!

Catch up with the latest episode of “Tunnel” below.

Tunnel
How does this article make you feel?