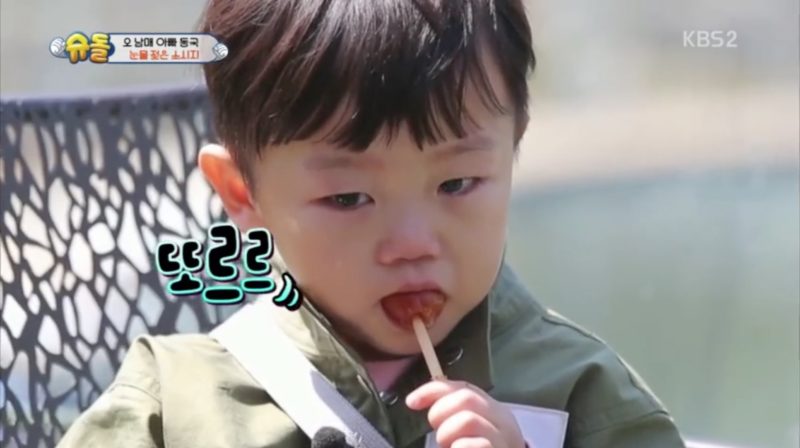 On the May 14 broadcast of “The Return of Superman,” Lee Dong Gook and Daebak enjoy a date together as just a twosome! 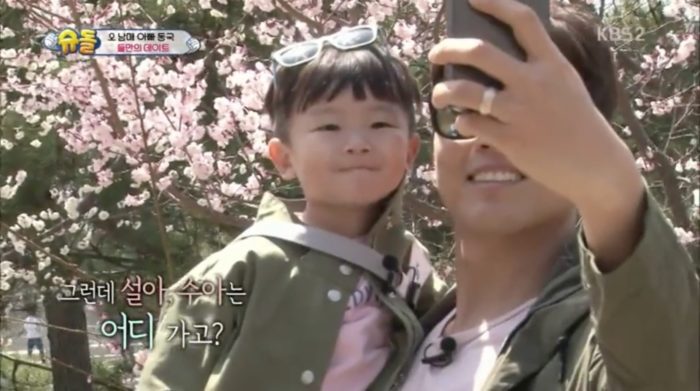 Lee Dong Gook explained that he wanted to take Daebak out alone because “[Daebak] is always caught up among his older sisters at home and never gets a chance to do what he wants to do. I also wanted to use the opportunity to give Daebak’s self-esteem a boost.” During the date, Daebak successfully purchased a sausage and hot dog all by himself. 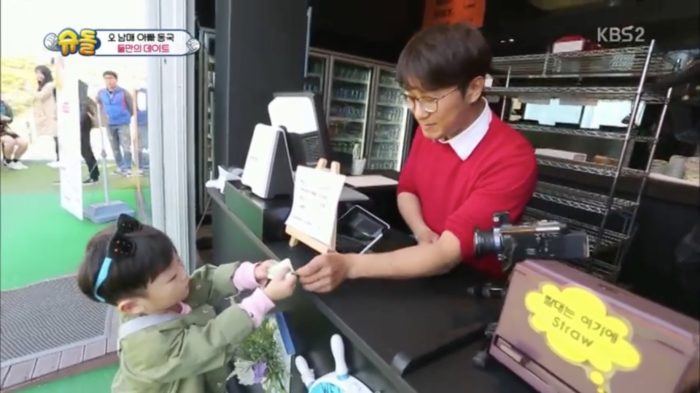 As the pair started to eat the food, Lee Dong Gook commented on how, for once, Daebak could have the first bite since his sisters weren’t around. After finishing a couple more errands for his dad, Daebak settled in to enjoy the luxury of not having to share with anyone.

Unfortunately, in Lee Dong Gook’s eyes, Daebak was eating far too slowly—taking bites at his own slow, measured pace. To help speed Daebak along, Lee Dong Gook asked if he should eat the sausage instead. Daebak generously offered his dad a bite, but told him to “eat only a little bit.” 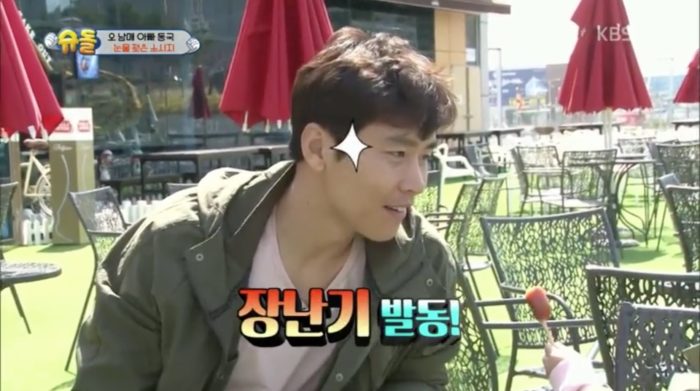 Hearing Daebak’s instructions, Lee Dong Gook couldn’t resist pranking his youngest child once more. Leaning over the remaining sausage, Lee Dong Gook slid the entire piece off the stick and popped it whole into his mouth, taking Daebak by surprise.

When a shocked Daebak began to grow upset, Lee Dong Gook quickly placed the sausage piece back onto its stick and handed it back. Although the sausage was returned to him, Daebak could not prevent his tears from falling. As Daebuk turned his face away to wipe his eyes, Lee Dong Gook told his son, “If your sisters were here they would have eaten all of it already. Don’t slowly nibble away at your food but eat it all more quickly instead.” 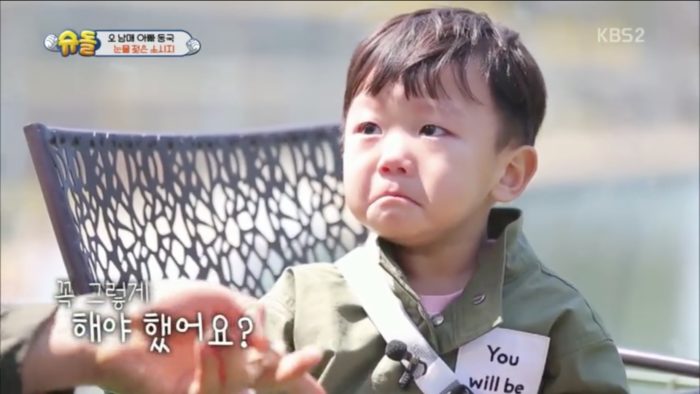 Daebak’s pout refused to fade, however, and big, fat tears continued to fall from his eyes. His dad continued to apologize several times for teasing him, but he could not easily get Daebak’s mood to improve. Eventually, Lee Dong Gook just told Daebak in an urgent voice, “Hurry up and eat the rest before your sisters get here,” successfully getting Daebak to begin finishing his food once again.

Catch the full episode of “The Return of Superman” on Viki below!