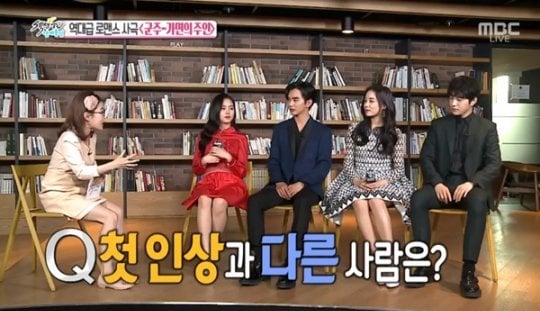 “Ruler: Master Of The Mask” Main Cast Picks Which Member Differs Most From First Impressions

The main cast of “Ruler: Master of the Mask” appeared on MBC’s “Section TV Entertainment Relay” and discussed which one of them was the most unlike their first impressions.

Kim So Hyun, Yoo Seung Ho, Yoon So Hee, and Kim Myung Soo (INFINITE’s L) were asked the question, “Which person is most different from your first impression of them?” and Kim Myung Soo got everyone else’s votes. 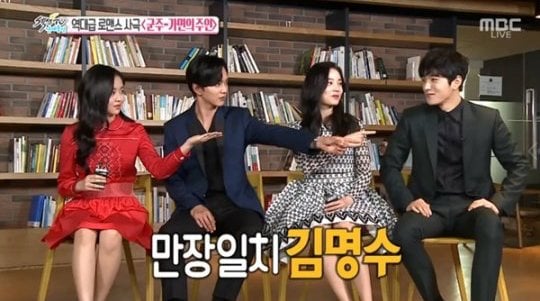 When asked why, Kim So Hyun explained, “When you see him, you think he’s going to be a very quiet and calm person, but he’s so charming and can get everyone energized.” Yoon So Hee laughed and added, “When you get to know him, you’ll find that he kind of has this ‘old man’ charm to him.”

Kim Myung Soo explained that he’s the oldest out of the four and joked around, calling the others his kids. For reference, Kim Myung Soo was born in 1992 while Yoo Seung Ho and Yoon So Hee were born in 1993. Kim So Hyun is the youngest, having been born in 1999.

While receiving everyone else’s votes, Kim Myung Soo chose Kim So Hyun as the person who was most different from his first impression of her. He said, “So Hyun is very mature. Though she’s seven years younger than me, she sometimes feels like an older sister.”