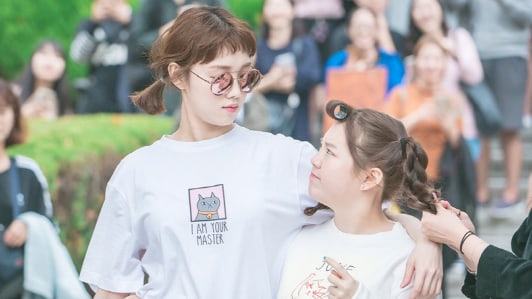 On May 15, actress Lee Sung Kyung posted a statement on her official fancafe, apologizing for the recent controversy regarding herself and fellow “Weightlifting Fairy Kim Bok Joo” actress, Jo Hye Jung.

The controversy stemmed from an Instagram Live broadcast incident from this past March, which recently came to light amongst netizens. On March 24, the cast of “Weightlifting Fairy Kim Bok Joo” did a commentary for the drama. During this commentary, actress Jo Hye Jung, who played the role of Kim Bok Joo’s friend Jung Nan Hee, turned on Instagram live to communicate with her fans. Not long after, actress Lee Sung Kyung also turned on Instagram live, which led netizens to believe she purposely had done that in order to best Jo Hye Jung.

Inevitably, Lee Sung Kyung’s live broadcast drew more viewers, as the actress has more Instagram followers than Jo Hye Jung. Netizens also pointed out that during the Instagram live broadcasts, someone can be heard saying, “You should just turn yours off,” and, “Don’t look so down,” and have identified this someone as Lee Sung Kyung.

In her statement, Lee Sung Kyung stated that both she and Jo Hye Jung were confused and surprised that the incident had become a controversy. The actress said, “[Jo Hye Jung and I] are like Bok Joo and Nan Hee in that we have many memories together and care for each other very much. Those who watched the drama will know but how could anyone not like someone as lovable as Nan Hee or want to hurt her feelings?”

In regards to her controversial comments during the broadcasts, Lee Sung Kyung stated, “The comments I made that might read as potentially hurtful align with the joking banter that usually takes place between myself and Jo Hye Jung on set…We always bickered on set in a way that was cute and fun. For those who don’t know this, I understand how the situation could have been misunderstood. We truly didn’t know that those teasing remarks would be perceived in this way.” 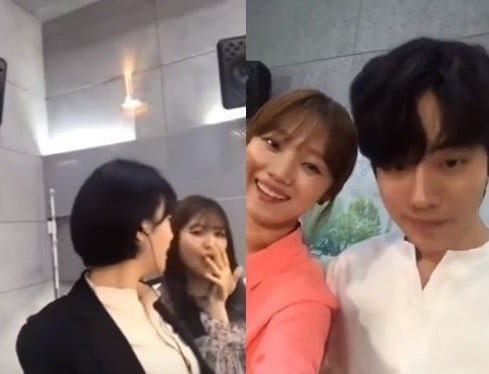 The actress also explained that her comment where she presumably told Jo Hye Jung, “Don’t look so down,” was actually directed at actor Nam Joo Hyuk and not Jo Hye Jung. She continued, “Through this incident, I realized how much our normal, joyful moments can be seen in a completely different light and misunderstood based on perspective.”

Lee Sung Kyung also stated that she had apologized to Jo Hye Jung, just in case the actress had been hurt because of her comments. In response, Jo Hye Jung said, “You probably already know this but I really like you and I was really happy that we were able to work on such a great project together. I want us to be friends for along time so I’ll try even harder too.” Lee Sung Kyung explained, “[Jo Hye Jung] is someone that I can’t help but adore. I’ve never once though of Jo Hye Jung as just a junior.”

The actress wrapped up her statement and said, “I will act more responsibly and thoughtfully from now on…I am someone who is still very lacking in many ways. I will reflect on my actions and return after I have made improvements. Thank you to everyone who pointed this out to me.”

Hopefully her statement clears up any misunderstandings about the incident.