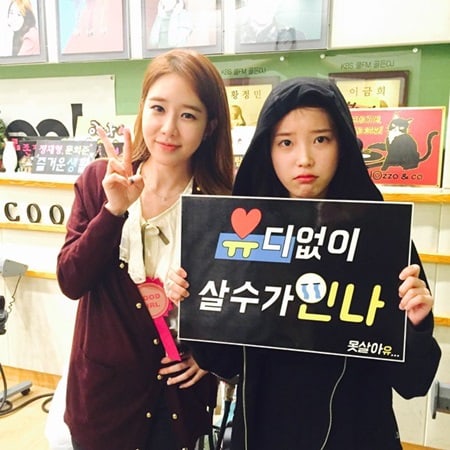 Actress Yoo In Na talked about what her trip to the United States with IU was like.

On the recent broadcast of the new radio program “Lee Soo Ji’s Song Plaza” on May 15, the DJ’s best friend Yoo In Na came as very the first guest of the show.

The DJ asked, “Have you gone on vacation after filming (Goblin)?” and Yoo In Na replied, “I went to the States and Jeju Island with IU.”

Then the star explained how they always try to have a certain concept while on their vacation, but it never works out because they are too busy playing around.

DJ Soo Ji asked, “Don’t some people recognize you if you’re with IU?” and the actress jokingly said while laughing, “It’s comfortable going around with IU. People mistake us as elementary and middle school students in America.”

How would you react if you saw Yoo In Na and IU in the U.S.?

IU
Yoo In Na
Lee Soo Ji's Song Plaza
How does this article make you feel?