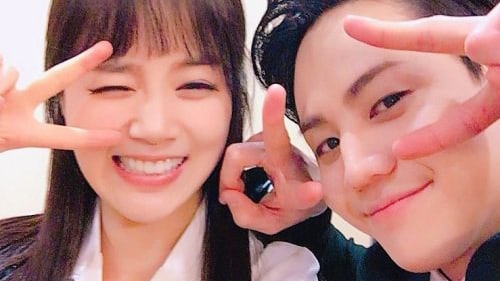 On May 16, it was reported that Highlight’s Yang Yoseob and musical actress Shin Go Eun are dating.

The two met earlier this year, as they both starred in the musical “The Days,” which ran from early February to March. The two became closer as they acted in the musical together and helped each other with acting. Furthermore, the two bonded even more quickly over the fact that they both own dogs.

A source from the musical industry stated, “When these rumors started circulating in the musical world, the two were already being very loving towards one another.” The two played love interests in the musical “The Days” and received praise for their stage chemistry, which reportedly later developed into a romantic relationship.

However, Highlight’s management agency, Around US Entertainment denied the rumors and stated, “The rumors about the two dating are groundless. The two are just friendly colleagues who met because of a musical.”