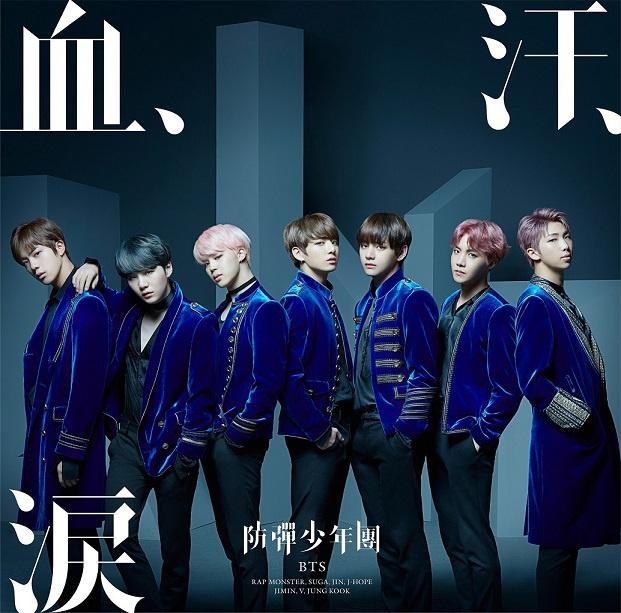 BTS Thanks Fans For Their New Record On Oricon’s Weekly Chart With “Blood, Sweat & Tears”

BTS placed No. 1 on Oricon’s weekly chart, selling 238,795 copies of their new Japanese single “Blood, Sweat & Tears.” This makes BTS the fastest overseas group to achieve weekly sales of over 200,000 copies, as it has been only 2 years and 11 months since their Japanese debut.

Oricon Style explained, “This is the shortest amount of time any overseas artist has taken since their Japanese debut to break weekly single sales of 200,000 copies. This is also their second time taking first place on the weekly single chart.”

BTS relayed through Oricon Style, “It’s all thanks to our ARMYs that we were able to take first place on the Oricon weekly chart with our seventh Japanese single ‘Blood, Sweat & Tears.’ We will work harder from now on. Our Japanese tour is coming up as well, so please look forward to it. Thank you.”

Oricon Style further elaborated on BTS’s new record, saying, “This is almost two times the sales achieved by their single “Run,” which was released last year in March and sold 124,000 copies. Their sales put them at a high possibility of being No. 1 in the overseas artist single category for the first half of this year.”

Meanwhile, “Blood, Sweat & Tears” was BTS’s fourth consecutive single to top the Oricon daily chart. Also, BTS will be attending the 2017 Billboard Music Awards that will take place in Las Vegas on May 21.