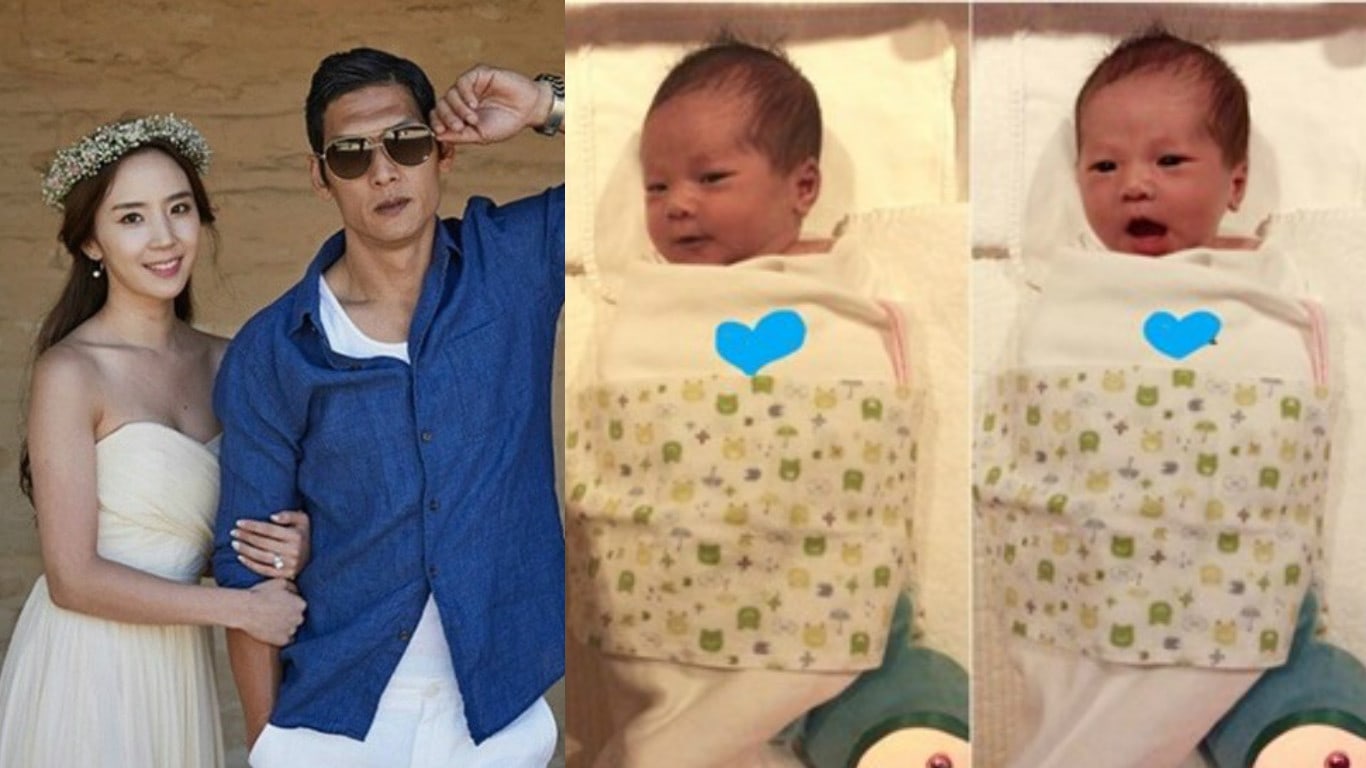 god’s Park Joon Hyung announced last week that his wife had given birth to a healthy baby girl, and he’s shared another photo of her!

On May 16, the singer took to his personal Instagram account to share a set of photos that showed his daughter, swaddled and looking pretty adorable. Park Joon Hyung captioned his photos with, “It’s been six days since our princess was born. Every day, her puffiness is going away. Her eyes are getting bigger and her double eyelids are getting more prominent. Her umbilical cord fell off this morning. I’m falling more and more in love with her.”

In his hashtags, he also added, “I’m really falling more and more in love with her every day. Every day, she’s getting bigger, her face is changing, and she’s looking more and more feminine. She has double eyelids and dimples, and I’m so proud of her. Her double eyelid lines were faint when she had her eyes closed on the first day, but once the puffiness starting going away, she had partial creases. Now, you can see them when she has her eyes open and they’re getting more prominent by the day. She won’t be asking me to let her get her eyes and dimples done in the future, so she’s saved me some money. But I hope she doesn’t get like 12 creases in her eyelids like me. I’m so glad her umbilical cord fell out this morning. Before it did, I had to be so careful that I didn’t touch it while changing her diapers, and I was clenching my butt out of nerves, and now I don’t have to. I’m so glad and I’m proud of her. I was going to take a picture of her umbilical cord and post it but I didn’t because it’s a little gross and it kind of looks like dried squid. It didn’t look nice so I’m not going to post it. Now we just have to dry it out so we can preserve it.”

Park Joon Hyung tied the knot with his non-celebrity wife on June 13, 2016 and they welcomed their first child together on May 10.

Park Joon Hyung
g.o.d
How does this article make you feel?