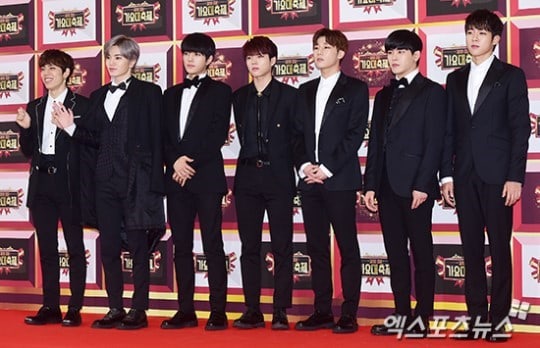 Previously, INFINITE planned on making a comeback with a new album in May. It appears as though fans will have to wait a little longer.

Unfortunately, Sunggyu sustained a rib injury in March which affected the filming schedule for their new music video. A source from Woolim Entertainment provided an update on Sunggyu’s health and said, “Sunggyu has not fully recovered from his injury. He is continuing to receive treatment.”

Furthermore, the group is busy with overseas schedules, so INFINITE is now planning on making a comeback sometime after June.

Meanwhile, INFINITE debuted in June 2010 which means they will be celebrating their seventh debut anniversary this year.

Prior to their comeback, INFINITE will focus on overseas promotions and individual activities. L is currently appearing in MBC’s “Ruler: Master of the Mask” and Hoya is acting in SBS’s “Strong Family 2017.”