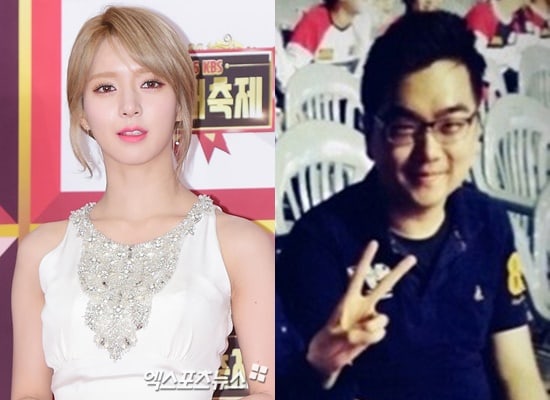 News reports first broke the news on May 17, with several claiming that the two met after Super Junior’s Kim Heechul introduced them. Reports also state that the couple have been dating since last year, although without confirmation yet.

As of now, her agency FNC Entertainment has simply stated, “Right now, we are currently contacting Choa about the dating reports. We will reveal our statement after we confirm the news.”

Lee Suk Jin is in his early 30s, and inherited the CEO position of Najin Industry back in April 2011. Najin Industry is an electronics distributor that is known for its distribution complexes in Yongsan Electronics Market, a center of the electronics industry in Korea. It also is an eWorld management company, with Lee Suk Jin known to be an avid fan of eSports.

Meanwhile, Choa also recently spoke out about her unexpected hiatus, and apologized for making fans worry.

AOA
Choa
XPN
How does this article make you feel?