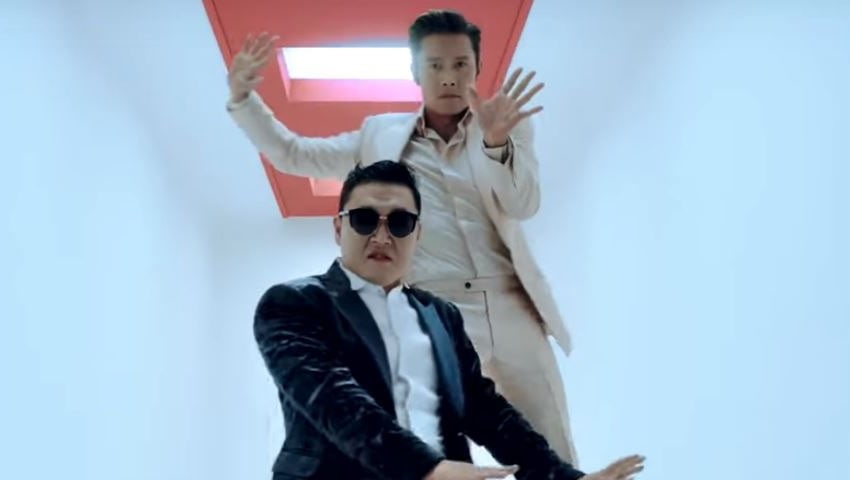 PSY publicly expressed his thanks to actor Lee Byung Hun for his memorable cameo in his new music video, “I LUV IT.”

The singer appeared on the May 17 episode of the SBS Power FM radio show “2 O’Clock Escape Cultwo Show,” where he opened up about what went on behind the scenes of his latest music videos and caused plenty of laughter in the studio.

During one part of the interview, PSY talked about how Lee Byung Hun came to make an appearance in the “I LUV IT” video.

“When Lee Byung Hun was young, he used to breakdance,” the singer revealed. He added that he saw the actor dance a while ago and had been begging him to appear in a music videos ever since. “Actually, I was the first to ever request that he dance [on camera].”

PSY then commented that they were only able to spend a short amount of time on set together. The singer shared a cute anecdote about how the actor insisted they take several takes because he felt the angles weren’t right.

Cultwo Show
Lee Byung Hun
PSY
How does this article make you feel?