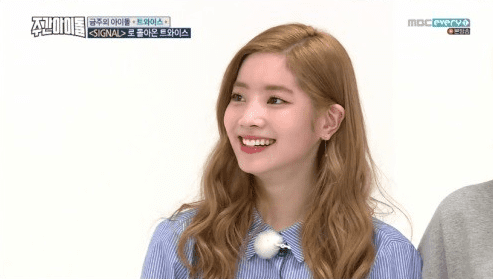 Girl group TWICE recently talked about receiving their first song from PD Park Jin Young of JYP Entertainment for the first time since the group’s debut.

During the May 17 broadcast of MBC’s “Weekly Idol,” TWICE appeared to promote their new comeback track “Signal,” which was released on May 15. “Signal” is the first title track the group has received from Park Jin Young, and contains a powerful 808 base combined with elements of hip hop. 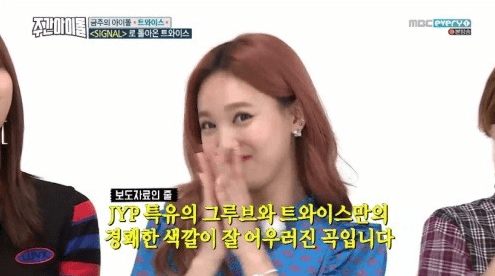 When Dahyun was asked to share how she felt about receiving a song from Park Jin Young, she mechanically said, “It’s the first song we’ve received [from him] since our debut, so it’s very heart fluttering and joyful for us,” and caused the MCs to crack up from hearing her very standard answer.

What do you think of TWICE’s latest title track?

TWICE
Weekly Idol
How does this article make you feel?