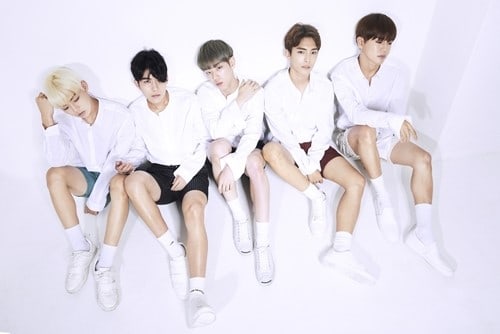 Popular Busking Group Known For Cover Dances To Debut As A.C.E In May

It’s not unusual these days for celebrities to make a name for themselves on the Internet before being picked up by a mainstream company. YouTube and other video sharing platforms make it possible for musicians – whether indie or mainstream – to reach a wider audience than ever before.

New idol group A.C.E is one such group. The group consists of five members (Jun, Donghun, Wow, Jason, Chan) currently under the company Beat Interactive. However, they are already well-known to many fans due to their busking in the popular Hongdae district in Seoul, as well as the videos they’ve shared of the busking online. The group has covered dances from popular groups such as EXO and BTS.

They began busking together in 2016 and currently have over 150,000 subscribers on their official YouTube channel. Jason and Chan were previously trainees under JYP Entertainment, while Jun and Wow had previously trained under CJ. Jun, who is the leader of the group, appeared in the musical “Peste” last year and also on the show “I Can See Your Voice 4.” Jason was cast from “K-Pop Star 2,” while Donghun had previously reached the Top 10 of “Superstar K5” and also appeared on “I Can See Your Voice 4.”

Their debut single album is titled “Cactus” and will be released on May 23 at noon KST.