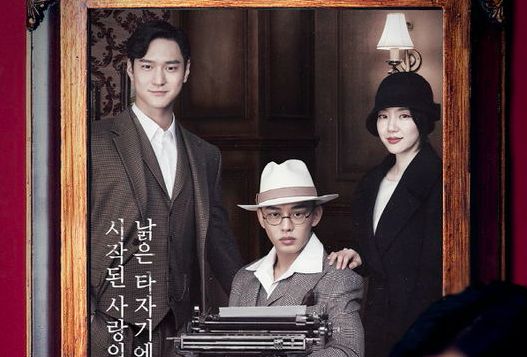 On May 17, tvN announced through a press release that their Friday-Saturday dramas would be moving to the Saturday-Sunday time slot.

“We will be making big changes to our drama time slots through this move as well as establishing a new Wednesday-Thursday slot,” they stated.

The change will happen starting in June and according to tvN, it is to accommodate the lifestyles of their diverse viewership. It will be applied to the currently airing “Chicago Typewriter” as well as its upcoming successor, “Forest of Secrets.” (“Forest of Secrets” is scheduled to air on June 10.) In addition, the dramas will be airing 30 minutes later at 9 p.m. KST.

Although viewership ratings for “Tomorrow With You” and “Chicago Typewriter” have been sluggish compared to tvN’s previous hits like “Incomplete Life,” the “Reply” series, “Oh My Ghostess,” “Signal,” and “Goblin,” they have had lower-rated dramas in the past like “Ex-Girlfriend Club,” “Heart to Heart,” “Memory,” and “Emergency Couple.”

tvN’s Monday-Tuesday dramas have also had hits, including “Another Oh Hae Young,” which topped 10 percent, and “Let’s Eat Season 2” and “Drinking Solo,” which gained popularity through word-of-mouth. There is no word yet on what dramas will be taking over the new Wednesday-Thursday time slot.

tvN
Chicago Typewriter
Forest of Secrets
How does this article make you feel?