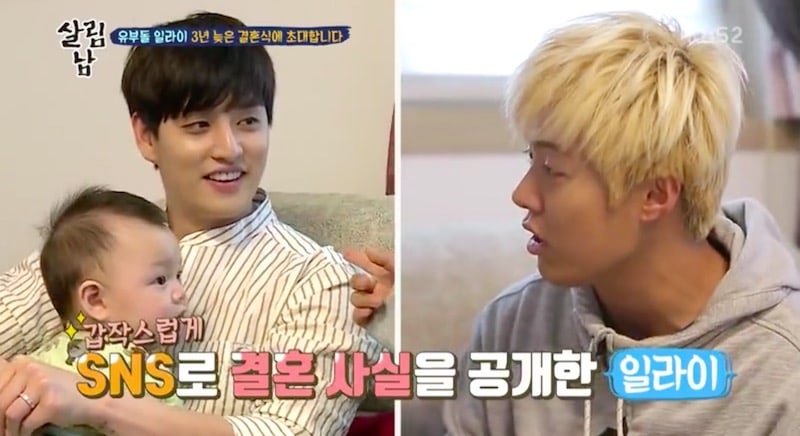 Kangnam Jokes About How Eli’s Marriage Announcement Affected Their Drama

Kangnam jokingly called out his friend Eli of U-KISS in the most recent episode of KBS 2TV’s “Mr. House Husband.”

Eli brought his wife Ji Yeon Soo and baby son to Kangnam’s home for a visit in May 17’s episode of the reality show. In a private interview, Eli explained that he’d been preparing to appear in a drama together with Kangnam when he made the sudden announcement on Instagram about his marriage in December of 2015. “We know each other because we took acting classes together,” Eli said. 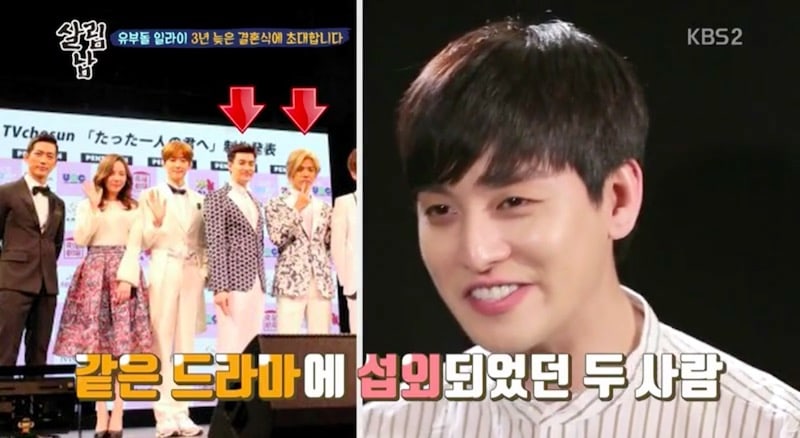 While Kangnam welcomed the young family into his home and played with Eli’s son, he reminded Eli, “You suddenly made the announcement in the middle of the night. I was so shocked!” 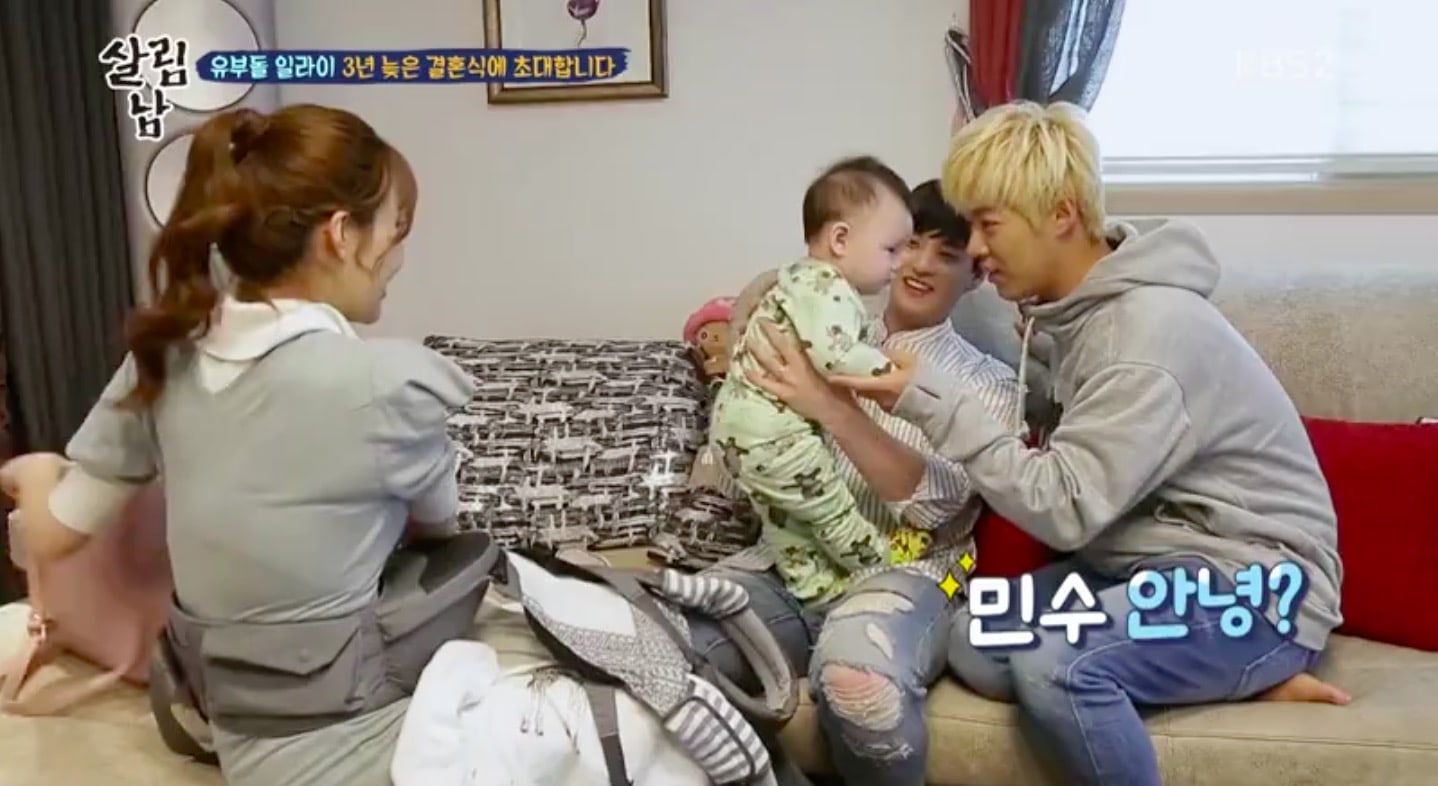 He explained to Ji Yeon Soo, “We were working together, and then the next day without saying anything to me about it, he posted on social media, ‘I got married.’ I was like, ‘What is this?!'”

“And then he was born,” said Eli with a smile, patting his son. 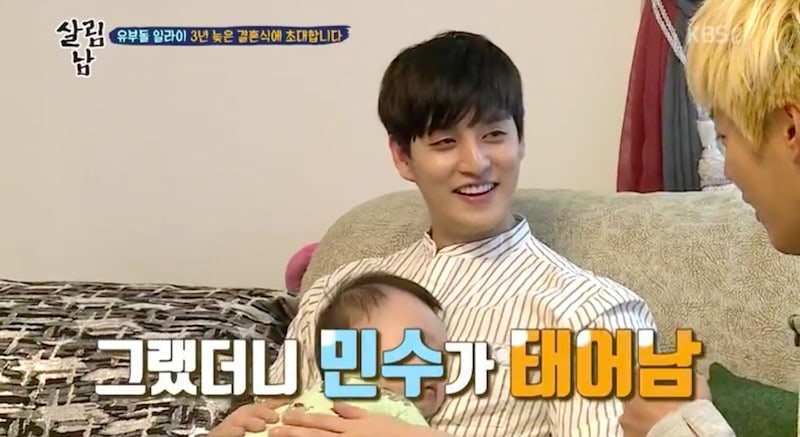 “The drama fell through,” Kangnam told Ji Yeon Soo with a grin. “Because of him.” 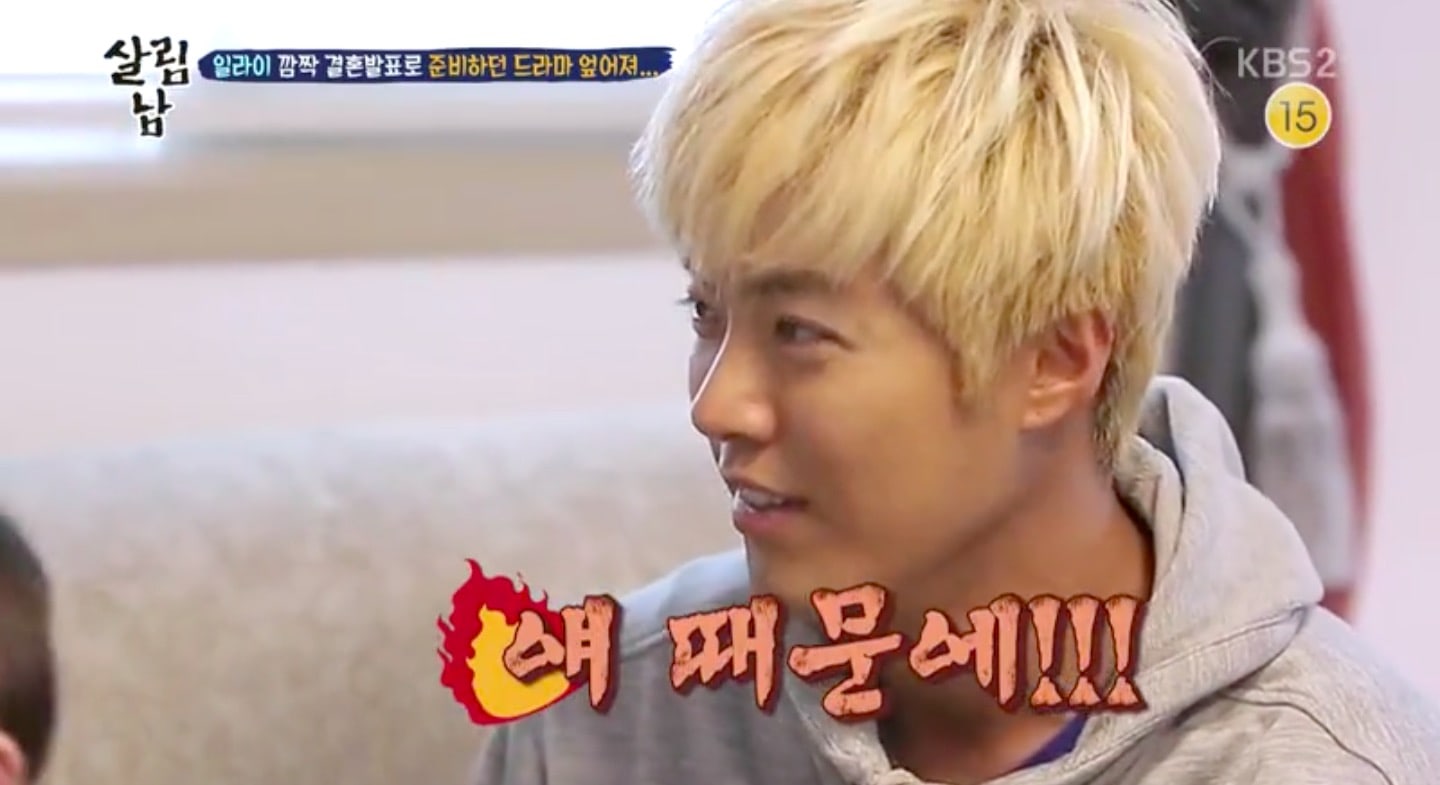 Although his marriage wasn’t really the reason for the folding of the drama, Eli laughed in his private interview and said, “I suppose it’s possible that that was a reason too. So I feel apologetic towards him.” 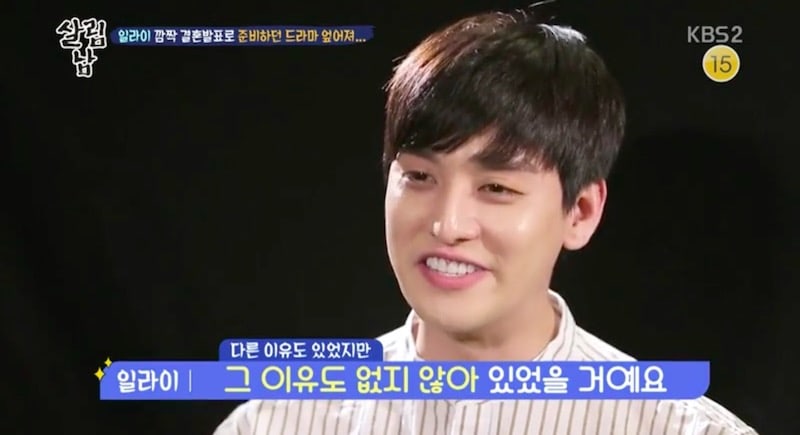 Eli and his former fellow U-KISS member Kevin had been cast alongside Kangnam in a TV Chosun drama entitled “Only You” in 2015, in which they were to play members of an idol group. The drama was to star Namgoong Min and Lee Yul Eum, however production on the show was later canceled due to issues with the production company.

Eli and Ji Yeon Soo will be holding their wedding ceremony next month, after having only officially registered their marriage in 2014, and they gave Kangnam an invitation to their wedding during their visit.

Eli
Kangnam
U-KISS
How does this article make you feel?